Muslim Mirror
Home Human Rights The over-representation of Muslims in jail is a reflection of the communal...
Facebook
Twitter
WhatsApp
Email
Telegram 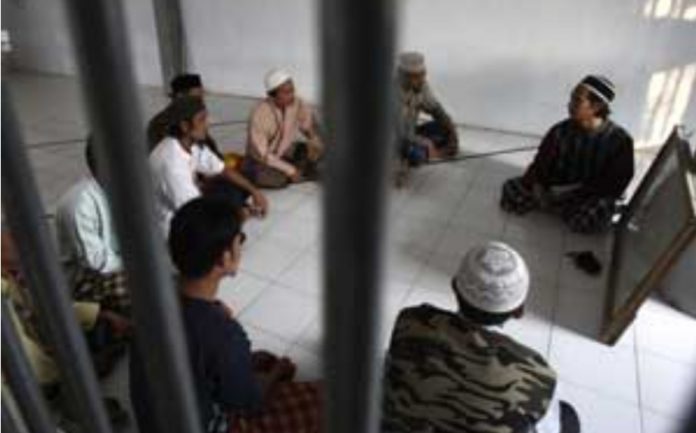 The National Crime Records Bureau (NCRB) reports show that in almost all the states of the Indian Union, irrespective of the party holding office, religious minorities are over-represented in jail.

The over-representation of Muslims in jail is to some extent a reflection of the communal bias of the police. In many states, the percentage of “convicted” Muslims is much lower than their percentage amongst “undertrials”. Take 2019: The percentage drops from 47.5 per cent of “undertrials” to 39.6 per cent of “convicted” in Assam; from 19.5 to 14 per cent in Karnataka; from 31 to 27 per cent in Kerala; from 12 to 10 per cent in MP; from 30 to 20 per cent in Maharashtra; from 18 to 17 per cent in Rajasthan; from 29 to 22 per cent in UP. These data show that when the judiciary, at last, take up the cases of many “undertrials”. the judges realise that there is not enough evidence and they release people who have spent a lot of time — years sometimes — incarcerated for no reason. The police and judiciary are, therefore, somewhat at cross purpose in many states, to such an extent that the share of the convicts is not much larger than the share of the Muslims in many states, including Karnataka, Kerala and even UP. At the pan-Indian level, the proportion of Muslim convicts was 2.5 percentage points above the percentage of Muslims in the population, according to the 2011 census (14.2 per cent).

These detailed figures suggest something very disturbing: In almost every state, the minorities are over-represented in jail and the majorities are under-represented. This is a clear indication of the communalisation of the police that tends to prevail, irrespective of the ideology of the ruling party. One of the only ways to correct this state of affairs could be the recruitment and promotion of policemen from minority communities. Indeed, Muslims are under-represented among the IPS officers, except in J&K.              Source : The Indian Express

This column first appeared in the print edition on December 10, 2021 under the title ‘Majority in jail’. Jaffrelot is senior research fellow at CERI-Sciences Po/CNRS, Paris, professor of Indian Politics and Sociology at King’s India Institute, London and Saini is a Data Analyst & Researcher on Indian politics.

Muslims make up around 30% of inmates in Indian prisons, double of their share in population

Muslim prisoners are not considered for premature release in Tamil Nadu