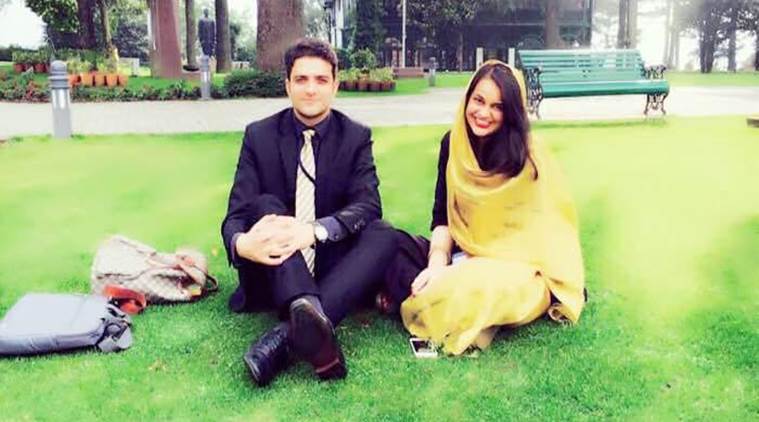 Of late Dalit-Muslim unity reached a new high after Dalit youths were beaten brutally by upper caste Hindus in Una (Gujarat) and Muslims came in support of Dalits and participated in Dalit Asmita Yatra en masse.

It was one of the most aspiring  moments of Dalit-Muslim unity when Jignesh Mewani the young fiery leader of Dalit moment declared from the stage of the ‘Una Dalit Atyachar Ladat Samiti’ rally and said   “Agar mere do behne hoti, mein ek Muslim ke ghar aur ek Valmiki ke ghar deta!” (If I had two sisters, I would get one of them married to a Muslim and the other to the house of a Valmiki.)

The news about the proposed marriage of Tina Dabi and Athar Khan- two best brains of the country is another  a milestone in way to Dalit-Muslim .

Tina Dabi,the Dalit girl topped this year Civil Services exam conducted by UPSC and Athar getting the second spot in the same exam.

The two most marginalized community of India –the Dalit and the Muslim  are trying to come close to each other being fully aware that they are being treated as second class citizen in their own country. On economic and social parameters, they find themselves on almost similar scale.

Tina Dabi and Athar Khan’s decision to tie the knot and making it public before their wedding have actually given a signal to the society at large that they are open and their love transcends the caste barrier.

Both the Civil servants must have taken the vital decision of life after thorough understanding of each other as they spent together good number of days during the training to know each other and well. We don’t know how much devout Athar  and Tina are to their respective religion, but thing is clear that both are IAS and we know an IAS is expected to have knowledge of all fields including culture and religion. Before their decision, both must discussed religious aspects among others and casteless Islam must have influenced Tina whose religion strictly advocates and practises caste based society.

In Islam,man and woman is equal in the eyes of the Creator and nobody is high or low on the basis of birth.In Islam,there is no caste as such and being superior or inferior soul depends only on who is more God fearing. While the religion Tina belongs,there is clear cut human segregation on the basis of birth. Brahman is born from the head of Brahma–the creator, the Kshatriya are born from the chest.the Vaishya from the things and Shudra (the Dalits) from the feet, so the lowest amongst them. The segregation of human beings on the basis of birth must have baffled the highly educated person like Tina who have long been subjugated to non human like situation for no fault of hers.

As expected, the decision by Tina was not liked by the enemies of humanity like Hindu Mahasabha as report came in that its chief has strongly opposed to this marriage  written to parents of Tina to take back the decision.The stance taken by the Hindu Mahasabha must have added to the  conviction that these people are real threat to humanity.

Lets hope that Tina and  Athar will work towards unifying the society in their professional life  too in the prevalent hateful environment.