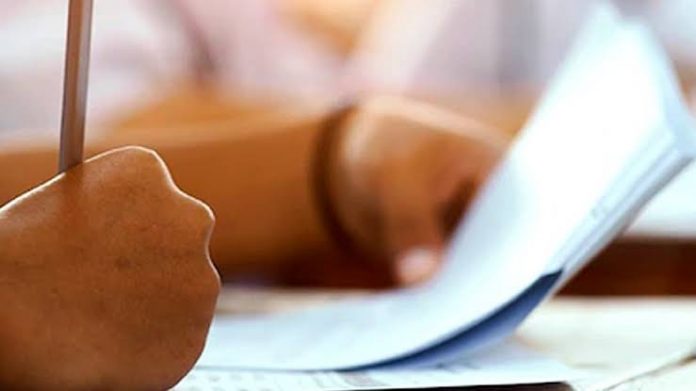 KOLKATA : Controversy over a question on “Azad Kashmir” in the test paper of West Bengal School Service Commission (WBBSE) is yet to be over and a fresh row has started in the state after similar question appeared in the exam paper published by All Bengal Teachers’ Association (ABTA).

Besides WBBSE officially releasing the test paper compilation every year, which contains Class 10 final test examination (pre-board) questions of some leading schools and acts as a guide for the candidates appearing for the Class 10 board examinations, ABTA also publishes a parallel exam paper on its part.

The ABTA is basically an association of Left leaning school teachers in the state.

Last week there was major political uproar over the issue after a question in WBBSE’s test paper was detected where the students were asked to point out the location of “Azad Kashmir” on the map. Now, a fresh uproar has started with the ABTA.

A question paper released by it asks the students to write a note of “Azad Kashmir”.

ABTA’s general secretary Sukumar Pain admitted the existence of such a question in the association’s test paper. “But the syllabus of the board itself has reference to this matter. The state government- approved books too have reference to this matter. Since there is a controversy in the matter, it would have been better if the related question had not been there in our test paper,” he said.

Meanwhile, controversies over the question in WBBSE’s test paper has reached the Central level, with the Union education ministry having sent a communique to the state education department seeking an explanatory note in the matter.

In the communique, it has been stated that the matter of “Azad Kashmir” is an extremely sensitive issue and the Union government does not recognise ‘Pakistan occupied Kashmir’ as “Azad Kashmir”.

Sensing the gravity of the matter, the state education department has already initiated an internal probe into the matter. Sources said that a total of nine teachers have been identified and cautioned in the matter by the WBBSE.

Out of the nine teachers cautioned, six are members of the board’s history syllabus committee.

A letter of caution has also been forwarded to the headmaster of Ramakrishna Mission Vivekananda Vidyamandir, whose exam paper carrying the controversial question on “Azad Kashmir” featured in the test paper. — IANS