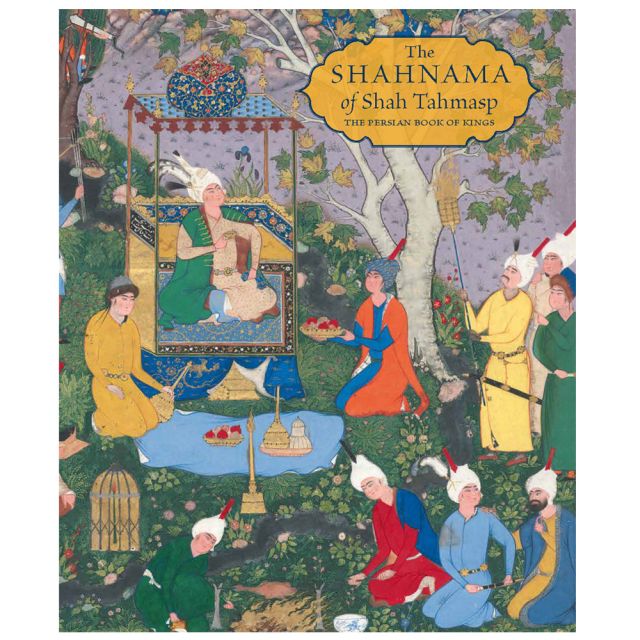 No great civilisation is without an epic, or two, whose importance is not limited to just reciting their particular creation myth and a gloriously golden past. Nor does their influence stop at national or cultural borders, or conform to arbitrary historical divisions imposed by vested interests. This saga of a venerable and sophisticated Asian civilisation offers some proof.

Composed by one great, devoted poet over more than three decades, the “Shahnama” has not only safeguarded Iran’s pre-Islamic history but has had an influence much beyond its home or even the “Greater Iran” cultural sphere extending from Anatolian Turkey to China’s Xinjiang, and from the Caucasus to Pakistan’s Balochistan.

Its effect permeated to even the Ind’ian subcontinent. Remember expressions “Chhupa Rustam” or “Main Iran ki baat kar raha hoon, voh Turan ki”, at least one Bollywood film (which happened to be the last appearance of legendary singing star Suraiya) and names of one of India’s smallest but most enterprising community. There is some more too, as we shall see.

Above all, “Shahnama” shows that history is — and must be presented as — a broad continuum, where a past with a different system of religion or culture is not ignored but accepted, its contribution to the present acknowledged, and its lessons learned.

Lets take a more detailed look at the work and its creator.

At some 50,000 couplets, the “Shahnama” is nearly four times as big as “Iliad” and “Odyssey” combined. Its three parts — “mythical”, the “heroic” and the “historic” ages — recount the history of Iran from the creation of the world and birth of human civilisation to the Arab conquest in the mid-7th century.

The mythical, which comprises just over 2,000 couplets, starts with Keyumars — who enjoyed dominion over all living beings and raised humans to a state beyond living in caves and being clad in animal skins — his descendants like Siamak, Hushang, who gifted mankind the secret of fire, and Tahmuras, who used magic to control the “devs” (the malignant magical beings of Iranian mythology).

Then there is Jamshid, whose name partly derives from Yama (the guardian of hell in Iranian tradition too), who had the mystical divining cup, the “Jaam-e-Jam”, controlled spirits, and divided mankind into four classes — priests, soldiers, farmers and artisans (sounds familiar?).

Then comes the increasingly arrogant Jamshid’s overthrow and brutal murder by the Arab invader Zahhak, who is eventually defeated by Feridun (aided by the blacksmith Kawa). Feridun also divides the kingdom among his sons: Salm gets the western lands (Asia Minor), Tur, the eastern (Central Asia, hence Turan), and Iraj, who gets Iran. But the latter is killed by his jealous brothers, and though the murder is avenged, the Iran-Turan rivalry is born.

This ends the mythical part, while Iraj’s grandson and avenger, Manuchehr’s exploits, like setting the Iran-Turan boundary at the spot where landed the arrow of Arash after flying for two days, continue into the heroic part, which is the largest. This also has Garshasp, who slew the monster Gandarv (may sound familiar to Indian years), his son Nariman, the warrior Zal, who was raised by the mystical “Simurgh” and white-haired since birth, his son Rostam and then his son, the unfortunate Sohrab — names familiar in India.

There is Kay Kavus and his flying chariot drawn by dragons, his son, the fair Siyavash, who is accused to rape by his stepmother and has to undergo an ordeal by fire, the love story of Bijan and Manizeh, the evil Afrasiyab, and others before in gallops Iskandar (Alexander the Great) on his way to conquer the world.

The final third deals (briefly) with the Parthian Empire and then (extensively) with the Sassanians till the Arab Muslim invasion.

Its creator was Abu al-Qasim Ferdowsi (or Firdusi, Fardusi, Firdausi; c. 940-1020), of a family of “dehqans”, or landowners dating from the Sassanid period and so patriotic that dehqan was deemed a synonym for Iranian. Born in an area ruled by an Iranian Islamic dynasty, which had gradually supplanted the Arabs, he began work on the epic in 977 after his fellow poet Daqiqi who had begun it was killed before making much headway.

Ferdowsi’s work, which drew on several existing works and even Zoroastrian sources, didn’t make him too prosperous. There is a tale that Mahmud of Ghazni promised him a gold coin for every couplet, but his aide played false, paying silver ones instead and the miffed Ferdowsi returned them. An incensed Mahmud ordered action and the poet had to flee. The ruler later ordered the correct amount be sent — but as it reached the poet’s neighbourhood, his bier was being carried out.

But despite that, and later the disapproval of a section of Iran’s clerics, the tale remains popular in Iran and in the region, for it is not only meant to be a tale of wonders but also to teach lessons of history, statecraft, governance — and of living life.