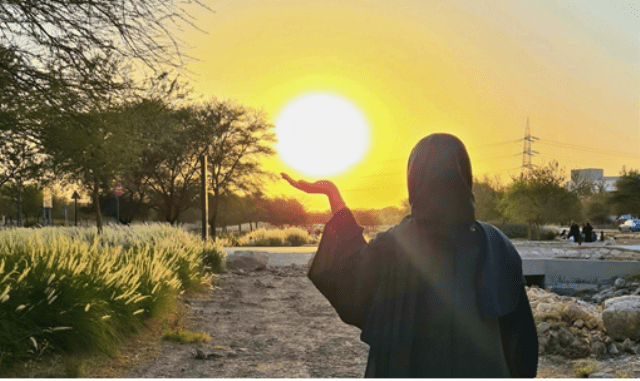 The idea of women as evil has a historical pattern. For instance, Pandora in Greek mythology is a source of all evil. In Christianity, women are wicked that opened the door to Satan for Adam and so are found in the thoughts of Western philosophers like Aristotle, Nietzsche and others.[i] Hindu myths and mythologies of Indian women is the vehicle for the degradation of Indian women to a great extent.[ii]

For Muslim women, the main idea is of oppressed women deprived of intellectual and spiritual skills. This is due to biased media but also because the value of Muslim women is mostly misrepresented by many (not all) Muslim male scholars in an insulting way. Explained out of context, women are labelled ‘temptations’ and ‘crooked’. The responsibility of ‘guardianship’ of women is misinterpreted to ‘repression’. The topic of ‘chastity’ and ‘hijab’ is often dealt with bias, extremely targeted at women, when chastity and righteousness are a devout duty for both believers. In Islamic discourse, the identity of Muslim women by many religious scholars in India is either ignored with no visibility or is ‘submissive’ and ‘voiceless’. With such restrictive approach, religion is misused by some to justify discrimination against Muslim women and violate her fundamental rights.

The dawn of Islam rescued her from human right violations of pre-Islamic Arabian custom wherein she was just men’s personal property. Islam emancipated women and granted her human rights. Allah commands believing men, ‘Live with them on footing of kindness and equity’.[1] She has the right to education, heritage, marriage, separation, property, gender justice, equity, dignity and security.

Islamic law ensures gender justice and equity based on differences and uniqueness of both genders. In a marriage, both male and female have rights over each other. Men are the guardians of women, and women are the husband’s trustee.[iii]  Marriage is to be based on solid foundations, striking a balance between physical, mental and spiritual needs of partners to avoid personality clashes.[iv] Guardianship of women is a matter of responsibility and duty, not that of favour. ‘It is an additional not a superior quality considering men’s physical strength and quality of protectiveness’ says Mulana Wahiduddin. He further states, ‘Man and woman in the eyes of Islam are not the duplicates of one another, but the complements, there being in each incontrovertible, biological differences which lead to the natural separation of sphere and occupation. This division of labour permits the shortcomings of one sex to be compensated for by the strengths of the other.’ However, the fundamentals of faith, human dignity, justice, righteousness and reward are the same. Women are equal in all civil and criminal acts of judiciary.[v]

Muhammad (pbuh) empowered women to take active role in the society without ‘overlapping men’s role’ [vi]. He urged them to participate in Islamic events and prayers and allocated certain days in a week for women education. Women could meet Muhammad, to talk and seek help and advice. He also asked women to do a formal pledge (as men did) for they were responsible to the Islamic law. Although priority was given to the task of raising children, women worked and participated in religious, social, and political life.[vii]

Quran mentions of women of faith in an honourable way. Women have played tremendous roles in the lives of the Prophets and fulfilment of divine plan. Maryam (mother of Jesus), known for religiosity, chastity and sincerity, underwent an extraordinary divine plan of pregnancy against intense societal pressures just to fulfil Allah’s commandments.[viii] Allah’s grace and protection through her solitary labour pangs and delivery is remarkable.[ix] And a whole chapter in the Quran is named Maryam. The extraordinary willpower of Hajar and her desperate run for rescue from Safaa to Marwa is a mandatory pilgrim ritual in Umrah and Hajj. The heavenly gift of Zamzam is upshot of her remarkable courage and fortified faith. The mention of Queen Bilqis of Sheba’[x] shows intelligence and democratic governance. The four women in Musa’s life (mother, sister, wife and queen Asiya) tell inspiring stories of women’s faith to trust Allah’s plan; courage at the face of threat; sincerity of love of Allah; wisdom of judgement; power of decision making; and, resistance to tyranny. The stern address of Allah against the slanderers of Aisha (ra)[xi] is a message of women’s dignity and honour of one’s spouse, and the redressal of ‘The Pleading Woman’[xii] against marital abuse ‘zihar’; condemns abuse against women. Surah Nisa is a detailed chapter on women status and rights dealing with marriage, divorce, inheritance, mahr, and other issues. Quran encourages superiority of mother because of her suffering through pregnancy and breastfeeding[xiii] ‘and (reverence) the wombs (that bore you)’[xiv]. These are subtle yet powerful mentions in the Quran pointing on how precious women of faith are to Allah.

Prophet’s wives, the Mother of Believers, were women of great honour and scholarly knowledge. Aisha(ra) for 44 years contributed to the spread of Muhammad’s message. She narrated 2,210 hadith on topics such as Muhammad’s private life, inheritance, pilgrimage and eschatology.[xv] Hafsa(ra) had authority in Islamic knowledge; she narrated 60 hadith[xvi] and was given the custody of the first original hand-written copy of the Holy Quran.[xvii] And when Uthman became leader he used Hafsah’s copy to standardize the text of the Quran.[xviii] Khadija(ra) was a woman, independent and honourable, then a wife, strong and faithful, and a pious Muslim, sincere, determined, and enduring.[xix]

Professor Tariq Ramadan, in Messenger recounts how when Mohammad received the first Revelation, troubled and fearful, he immediately turned to his wife and she was the first human to meet, console and stand by him. She answered God’s call with him and followed the path of spiritual initiation. Her presence alone protected the Prophet but who also underwent with him trials of rejection by kin, persecution, and isolation.[xx] Umm Salama was in political activism, law making and narrated 378 hadith. [xxi] We have warriors like Nusaybah, Safia, Khawlah and humanitarian services of Fatimah and Umm Atiya in battlefields.

Thus, to overcome the preconditioned mindset, Muslim women should own the Quran and Prophetic traditions to recognize her honourable status given by Allah.