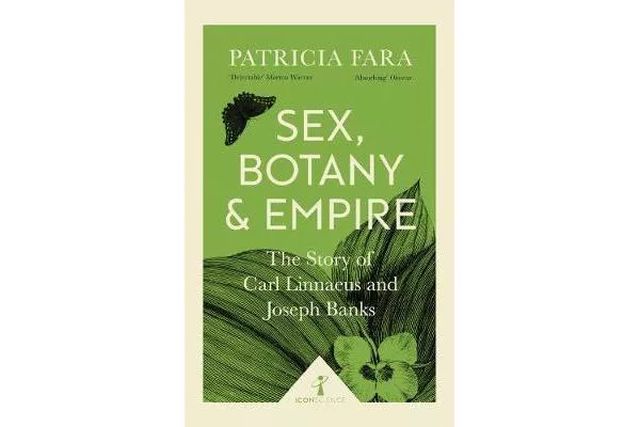 An Indian minister has made himself notorious all over social media for his comments questioning Charles Darwin’s theory of evolution, but can we take this to show that the two worlds — of politics and science — are exclusive or even antagonistic? Not at all, and scientific disciplines that apparently seem farthest placed from human affairs may be the most influential.

For science has done more for setting the course of nations and their governance and economy than we can suspect — beyond its part in helping develop powerful weapons or technologies.

While this alliance of politics and science is a far more recent development than we think, it owes its genesis to botany, and two 18th century natural scientists who furthered this combination, as Patricia Fara shows in this book, part of a special set chronicling key turning points in science.

And this — in the last three decades or so of the 18th century — qualifies well enough for it shows how science progressed beyond the pastime or patronage of rich, idle noblemen to become institutionalised with government support.

And as Fara, from the History and Philosophy of Science department at Cambridge University, shows it not only saw the rather incongruous trio of the “Three Ss” — sex, science and the state — coming together with so many consequences, but also brought the subject of sex out into the public discourse, though against much opposition.

It also set in train a process — in Britain initially — that would lead a few decades later to Darwin boarding HMS Beagle to make the observations that enabled him to formulate his theory of man’s origin and development — a theory which has stood the test of time despite what some misguided or willfully ignorant politicians may think.

At the heart of this development, shows Fara’s account, were two naturalists, not as famous as Issac Newton or Darwin but contributing to science’s progress at a time “science started to become established and gain prestige”.

And both of Carl Linnaeus and Joseph Banks, along with the other Enlightenment contemporaries, “fought hard to establish that scientific knowledge was valid and valuable”.

Linnaeus was a gifted but eccentric and self-propagandising Swede whose classification system for all living organism still rules today, but raised hackles of his conservative society by using sexual parts to order flowers and using human terminology for the purpose.

Banks was his British “disciple” -turned-science administrator — and no less self-propagandising — but also managed to make “science work for the state — and the state to pay for science”. A key cameo is played by that intrepid explorer, Captain James Cook.

And in telling their story, Fara ranges over small Swedish towns and the country’s unforgiving terrain, the mansions and the seats of power of Georgian England as well as its lush countryside, hazardous voyages over uncharted oceans, encounters with uninhibited, pre-industrial societies in South Pacific islands, ambition and professional jealousy, to show how the underlying root was something more heartlessly mercenary.

For, as she contends, “scientific exploration in the Age of Reason was driven by an imperialist agenda to own, to conquer and to exploit”. But apart from the above spin-offs, there were some other positive benefits too, as she brings out. Say the way, men, especially white Europeans, began to see rest of humanity and themselves in the world, or what women could be allowed to study or not — though it would still take time before all these would be tangibly realised for all.

Along with her lucid and telling discourse on the birth of modern botany with Linnaeus and Banks — almost concurrently with its economic uses, Fara also enlivens it with a colourful account of their explorations in various climes and encounters with exotic races and, above all, the contemporary public reactions to their discoveries and doings. And this could have a thing or two to teach protesters today.

Though her thesis is not brought out very exhaustively, she makes a fair enough case and that is enough to make this a must read — especially for ministers.