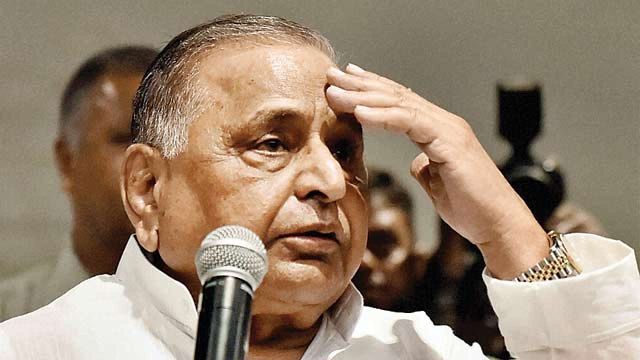 Lucknow : In fresh trouble for former Uttar Pradesh Chief Minister Mulayam Singh Yadav, a court has asked him to give his voice sample within 20 days, failing which the voice on the tape threatening a senior IPS officer would be treated as his, the petitioner said on Friday.

Chief Judicial Magistrate (CJM) of Lucknow, Anand Prakash Singh, has directed the Circle Officer (CO) of Bazarkhala police station to take Yadav’s voice sample and submit it to the court.

In the case registered by Indian Police Service (IPS) officer Amitabh Thakur regarding alleged threat given by Mulayam Singh Yadav on phone on July 10, 2015, Bazarkhala CO Anil Kumar Yadav on Thursday appeared before the CJM court with a report saying that the voice sample of Mulayam Singh should be taken soon.

The court thereafter directed the ex-CM to assist in this process and clarified that non-cooperation would lead to the presumption that it is his voice in the mobile recording.

On August 20, 2016, the court directed the Investigation Officer (IO) to get the voice sample and match it in a forensic lab but the IO has not been able to do it.

In his report presented to the court, previous IO Abhay Mishra said he and his predecessor sent notice to Mulayam Singh at his Lucknow and Delhi residences but no one received them.

SSP Lucknow Deepak Kumar had set up a Special Investigation Team under Bazarkhala CO on February 14 this year but the Samajwadi Party mentor has refused to cooperate.