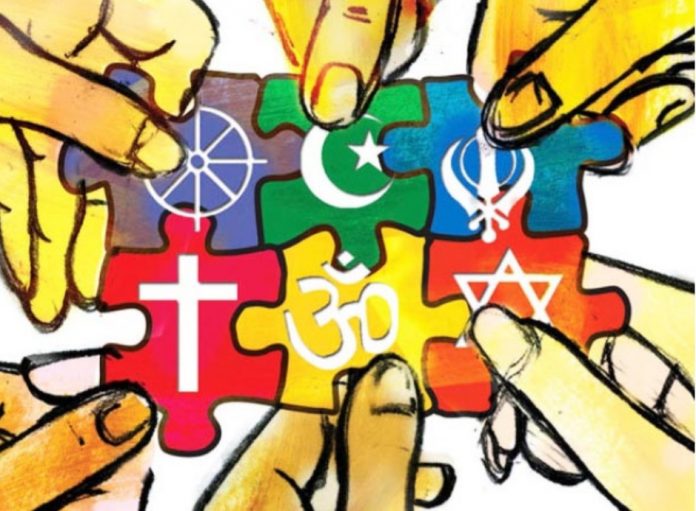 The recent controversy over derogatory remarks against the Holy Prophet has once again exposed the leaders of the Muslim community’s religious and social leaders as being spineless and completely unworthy of being called the community’s leaders.

For the past fortnight the largest minority in the country has been put at unease due to a controversy that is not political but religious in nature. The incident is related to controversial remarks made by some ambitious politicians, trying to get noticed by their party’s leadership for creating a surcharged and divisive atmosphere in the country on religious lines.

The unpleasant remarks against the most venerated personality in the Islamic community affronted the Muslims not just in India but also globally. The establishment in a hurried response had to heed to the international outcry in a crisis mode.

Instead of adopting a mature and sensible strategy to handle the crisis and assuage the hurt feelings of the largest minority community of the country, the media and politicians tried to portray these remarks as non-consequential and as a litmus test for the minority’s followers and refused to apologize till the courts stepped in.

It all started by derogatory remarks made by two spokespersons of the ruling-BJP party against Prophet Muhammad (PBUH), the most venerated personality amongst Muslims, blaming that he married Hazrat Bibi Aisha (RA), who was only 6-years old, when married and 9-years old when the marriage was consummated, while the Holy Prophet was in his 50s.

Notwithstanding the age difference, as perceived by the current generation’s mindset, it is worth mentioning that when the marriage proposal was put forward to Hazrat Abu Bakr (RA), by Hazrat Khoula (RA), he pointed out that Aisha (RA)’s marriage was already fixed with the son of Muta’im bin Jubair. But when he talked to Muta’im bin Jubair, Muta’im said that since Abu Bakr has forsaken his ancestors’ religion, he couldn’t marry his son with Aisha (RA). Abu Bakr (RA) then accepted the proposal brought by Hazrat Khoula (RA).

Historical context
Before we analyse the response of the Muslim community and its leaders to these remarks, let’s have a brief look at the current situation of girls and women in other religions and what is the minimum age prescribed in their scriptures.

Myriam Francois-Cerrah in her article written for The Guardian in 2012 on the issue opines that western and now even India media base their criticism on a saying attributed to Bibi Aisha herself (Sahih Bukhari volume 5, book 58, number 3894), and the debate on this issue is further complicated by the fact that some Muslims believe this to be a historically accurate account, and indeed it is. But before leveling charges we should also analyse the reasoning or motive behind this action.

She points out that, in seventh-century Arabia, adulthood was defined as the onset of puberty. (This much is true, and was also the case in Europe: five centuries after Prophet Muhammad’s (PBUH), marriage to Aisha, 33-year-old King John of England married 12-year-old Isabella of Angouleme.) Interestingly, of the many criticisms of Prophet Muhammad (PBUH), made at the time by his opponents, none focused on Aisha’s age at marriage, as that was the norm during those days.

At the age of 25 Prophet Muhammad (PBUH) married his first wife Khadija bint Khuwaylid, who was a widow 15 years older to him. This marriage lasted for 25 years. He married her to encourage widow remarriage and care for destitute women in the emerging Muslim society, which was not a usual practice in that age.

After Bibi Khadija’s death in 619 CE, he married a total of 12 women over the remaining years of his life. All of Prophet Muhammad’s (PBUH) wives were widows, with the exception of Aisha.

Italian Orientalist  Laura Veccia Vaglieri in her book An Interpretation Of Islam writes that Prophet Muhammad (PBUH) was a faithful husband to Bibi Khadija for twenty-five years, and did not marry another woman, except after her death. He at that time was fifty years old. He married each of his wives thereafter for a social or political purpose; such that he wanted to honor the pious women, or wanted the loyalty of certain tribes so that Islam would spread amongst them. All the wives Muhammad married were not virgin, nor were they young or beautiful. So how can anyone claim that he was a lustful man?

Other religions’ views
Hallett JP in her book Fathers and daughters in Roman society in Rome (1984), wrote that noble women in Rome or earlier Christianity were known to marry as young as 12 years of age.

Encyclopaedia of Religion and Ethics mentions Manusmriti, in this regard explained by other authorities in (verses 9.88-89), Gautama (18-21) – ‘A girl should be given in marriage before puberty.’ and Vaśiṣṭha (17.70). – ‘Out of fear of the appearance of the menses, let the father marry his daughter while she still runs about naked. For if she stays in the home after the age of puberty, sin falls on the father.’

But this leads us to another issue to ponder. This relates to the physical and physiological status of our ancestors. Several scientific reports mention that our ancestors were much superior and stronger in physical health and structure to the current generation of Homo Sapiens, and thus the girls attained puberty much earlier than as of now. Even recently there were some medical reports mentioning that girls currently reach puberty at around 13, much earlier than our and previous generation.

This whole episode teaches us to adopt a sincere and respectful attitude for different religions of the world in today’s global village based on tolerance and coexistence and respect for others’ religion, and avoid unfounded allegations. Instead these two people, though correctly mentioned the fact, but they made the remarks in such a derogatory and foul language that the Muslims all across the world were bound to feel hurt and demand action against them.

First, these people should have not adopted such an incourteous behaviour and secondly, the Muslims should have seen through their game that by using derogatory and foul language, these fringe elements were trying to provoke them and reap political benefit by unsettling them and gain political mileage, at their cost. Also these offenders didn’t anticipate the strong international condemnation.

Additionally, since the day this controversy started no Muslim leader worth his salt has spoken candidly or correctly against these derogatory remarks. Even Muslim members of most political parties kept mum, except two regional political parties and one individual leader. This teaches us yet again the lesson to be proactive and logic-oriented in our response instead of just being emotional.
***
Asad Mirza is a political commentator based in New Delhi.
www.asad-mirza.blogspot.com