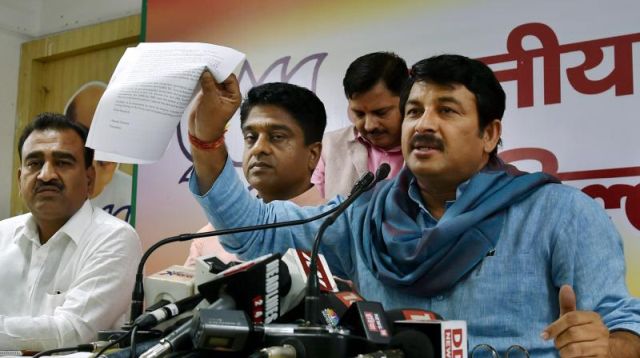 New Delhi : Delhi BJP MPs Manoj Tiwari and Maheish Girri on Wednesday met the family of the 10-year-old who was taken to a madrasa complex in Uttar Pradesh’s Ghaziabad and raped and demanded stern action against the accused under the amended Pocso Act.

“We demand stern action against the culprit irrespective of his age and the maulvi of the madrasa where the incident took place,” Tiwari told media, saying that the victim’s family claimed that it was the maulvi who allowed the boy to take the girl inside the premises and the crime happened in his knowledge.

The minor girl was taken from her home in east Delhi’s Ghazipur to the madrasa in Ghaziabad and raped there by a juvenile, police had said.

Police were informed on April 21 by the girl’s father that his daughter had gone missing after she went to the market. Police then registered a case and during investigation, found a CCTV footage in which the accused was seen taking the girl along with him.

The juvenile was traced the juvenile to a madrasa and apprehended him, while the girl was rescued.

Tiwari, who is also the Bharatiya Janata Party’s Delhi unit chief, also assured the family that his party would stand with them in the fight for justice and “we believe that the culprit should get stern punishment under the amended Protection of Children from Sexual Offences (Pocso) Act”.

He said he will also talk to UP Chief Minister Yogi Adityanath for proper help in investigation of the matter as the spot of crime falls in his state.

Meanwhile, east Delhi MP Girri said that it is a very sad incident and called upon the Delhi Police to keep a strict vigil in border areas.