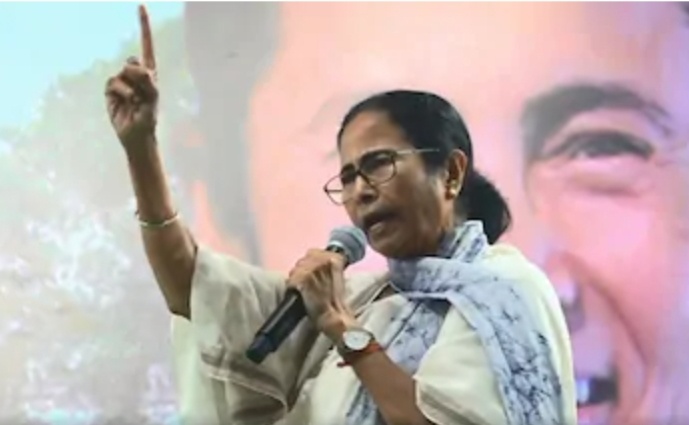 NEW DELHI – It is a straight war between Trinamool Congress (TMC) and the BJP in West Bengal, which voted left parties to power, for many decades since independence. Though, it seems the TMC has a clear edge in this political fight, BJP is not far behind and likely to make a huge dent in the political equation of the state.

According to an IANS CVoter survey, the TMC is likely to emerge as a clear winner with 156 seats, which is barely over the half-way mark, and a decrease in 55 seats from its 2016 tally in the 294 seat Assembly. The survey projects, the BJP will notch up its tally from single digit 3 seats in the 2016 election, to a triple digit 100 in the 2021 election. The Left Front-Congress combine is projected to be at the third spot with just 35 seats.

Interestingly, the survey projects there isn’t a gulf of difference in votes percentage of the TMC and BJP, where the former is likely to get 42.8 percent and the latter not far behind with 38 percent. The swing vote percentage favours the BJP, which has jumped from 10.2 percent in 2016 polls to 38 percent in 2021 polls, on the contrary, the TMC may get 2.1 percent less votes percent. The Left Front-Congress combine is projected to get 12.9 percent votes, a major of 25 percent from its 2016 tally, and it seems the beneficiary is the BJP.

According to the projected range of seats, the TMC is projected to get seats in the range 148-164 seats, followed by the BJP with 92-108 seats and the Left Front-Congress may get 31-39 seats and the remaining 1-5 seats may go to the independent candidates.

The survey also observed a significant gap between the numbers of actual voting intention and the perception of winnability in West Bengal. While the BJP is leading the war of perception and winnability, it is the TMC which is still leading the likely voters equation. The perception gap for the BJP is 4.6 and for the TMC it is -8.8. According to the survey, 42.6 percent perceive the BJP is likely to win the West Bengal election, while 34 percent perceive, the TMC will win. -IANS