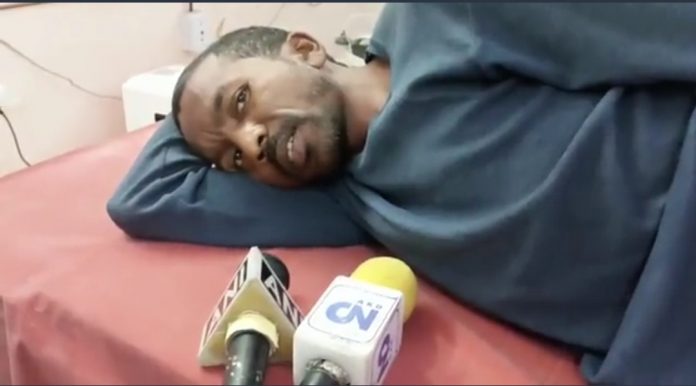 A 42-year-old tribal man was beaten black and blue by the police in Garu area of Jharkhand’s Latehar district. He was picked up from his home for “dropping off Maoists” in the forest area.

Jharkhand Chief Minister Hemant Soren has ordered an inquiry into the incident after it was highlighted on social media.

The victim identified as Anil Singh told reporters that he and another person were severely beaten in the intervening night of February 23 and 24. Singh lost his consciousness due to the beating.

In the morning, the police feed him saying that he was picked up by mistake. In a tweet, Jharkhand Janadhikar Mahasabha, an independent organisation, said that Sing was asked by the police not to tell anyone about the incident.