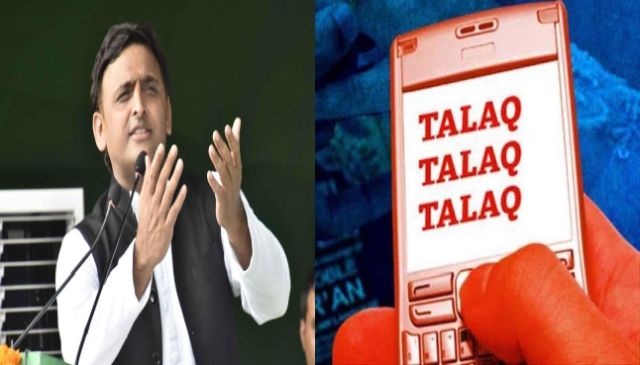 Lucknow : Samajwadi Party chief Akhilesh Yadav on Wednesday slammed the Modi government for approving an ordinance for a third time to make triple talaq a law.

The Modi cabinet on Tuesday evening ratified three ordinances, including one on triple talaq.

Yadav said the law was being “used as a weapon” to target minorities from university campuses to Parliament. He said the ordinance was not the way to usher in major social changes.

“Only politics of honour and respect can make the country progressive.”

He also urged his party workers to ensure that the decades of rivalry between his party and the Bahujan Samaj Party was bridged so that the alliance emerged victorious in the Lok Sabha election in Uttar Pradesh.