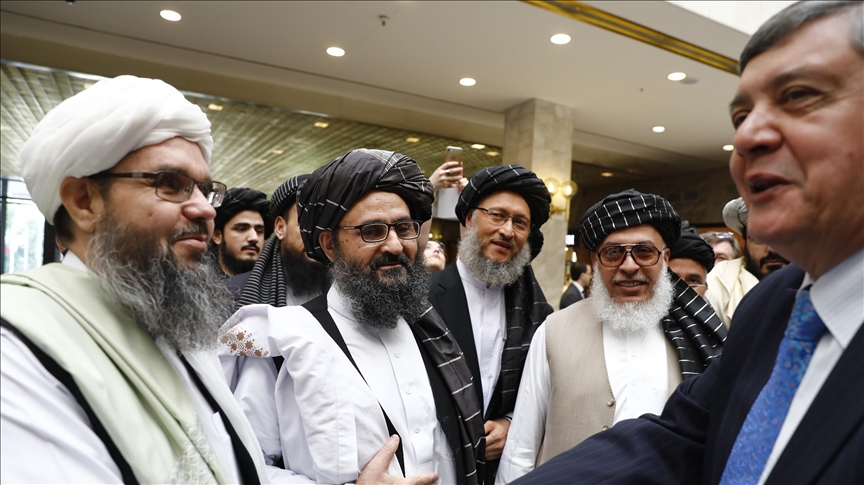 MOSCOW:  Russia, the US, China, and Pakistan, also known as the Troika Plus on Afghanistan, will meet next month in Qatar to discuss recent developments in the war-torn country, a Russian official said on Thursday.

Apart from discussing the Afghan peace settlement in the Qatari capital Doha on Aug. 11, Presidential Envoy for Afghanistan Zamir Kabulov told a news conference in Moscow that he also expects to get to know Yue Xiao Yong, the newly appointed Chinese Envoy for Afghanistan.

“A few days ago, a new special envoy for Afghanistan was appointed in Beijing, with whom I am still not acquainted, but I expect to see him in Doha on Aug. 11. We will continue in-depth consultations both in the bilateral format and in the expanded ‘troika’ and are ready for broader conversations with interested international players,” he said.

According to Kabulov, the primary goals of the Afghan settlement at the moment are to achieve a cease-fire, resume inclusive intra-Afghan dialogue, and form an interim coalition government with tasks to carry out constitutional reform and prepare for a general election in a short, preferably two-year, term.

The envoy added that both the Taliban and Afghan government should show equal willingness to reach a cease-fire and restart substantial talks.

According to Kabulov’s assessment, the Afghan government should have engaged in talks with the Taliban a year ago when the movement did not have military success. He added that now, the insurgents would engage with Kabul “from the position of strength.”

Despite controlling over half of Afghanistan’s territory, Kabulov argued that the Taliban would not try to seize power.

Without naming any group in particular, he voiced concern that international terrorist organizations that had been driven out of the Middle East could try to re-establish themselves in the country.

Russian, US approach on Afghanistan coincide

Commenting on the Russian-US interaction on Afghanistan, Kabulov said it was developing successfully, and that both countries had generally coinciding views on the Afghan peace settlement.

When asked which country has the most influence in Afghanistan, he said there was no single most-influential state, but rather four, namely China, Russia, the US, and Pakistan.

Pakistan has the greatest influence on the Taliban, but that does not mean it controls or guides them, he noted.

“Pakistan is a firm partner of Russia. We are on the same wavelength in the sense that the Pakistani leadership … is not interested in turning Afghanistan into an Islamic emirate that will project influence on the Pakistani society itself, which also has forces that can be inspired by the experience of the Afghan Taliban and try to destabilize the situation in the Islamic republic,” he said.

Pakistan, Russia, and almost all the neighbors of Afghanistan are interested in the country’s restoration and transition to become a reliable trade and economic bridge between Pakistan and Eurasia, said Kabulov.

Concerns on China’s growing influence in Afghanistan are baseless, the envoy said, adding that Beijing has invested in the Afghan economy, though with limited success, and that projects have stalled due to a lack of security.

He underlined that there were no indications China would send troops to replace the US military in Afghanistan.

Kabulov also dismissed claims that destabilization in Afghanistan will lead to a surge in drug trafficking, arguing that international criminal groups driving the opiates trade did not desire such an outcome.

“The flows and volumes of opiates originating from Afghanistan depend on the situation of the black market of drugs, which are controlled by criminal international elements, and the uncontrolled infusion of too-large a volume of drugs is unlikely to meet the interests of these criminal groups,” he said.

Since US President Joe Biden announced an exit plan for the American forces in mid-April, Afghanistan has been witnessing mounting Taliban assaults resulting in the fall of over 150 districts, while the Afghan forces have been claiming to kill nearly 200 insurgents daily.-AA