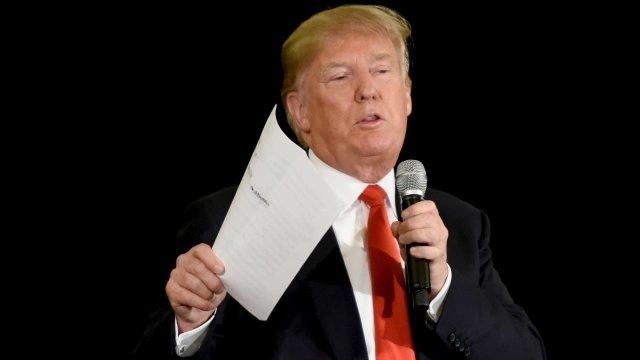 But for trump the world would never know of the divided hearts of the United States. So what did president Trump do to uncover the dirty face of the lone but declining super power ? He just stopped the wars that had kept the American mercenaries united in business, the business of plunder, theft and mass destruction. Trump despite all his shenanigans is a man of peace, but America thrives on wars. The American war industry took the biggest blow in the last four years of Trumps presidential tenure. Unfollowing his predecessors, he not only didnt start a new war but also stopped the decades old, unnecessary stalemates in Afghanistan, Iraq and Libya. His orders of withdrawal of troops from the graveyards of empires is a reason enough for him to win the Nobel peace prize. But Nobel prize is by someone who had killed his own brother while experimenting his newly invented explosive called dynamite, Trump unlike the deep staters hates explosives, he doesnt believe in minting money by killing people. So him getting a Nobel is out of question.

What we saw at Capitol Hill in the USA this week was the first crack in the American federation. Its just like how a roadside mechanic puts a vehicles tyre in a tub of water to detect the whizzing air bubbles leaking from the puncture hole, Trump put the American society into a similar tub to detect the cracks, the punctures and the rot in it. The divisions are so deep rooted but the deep states FBI, CIA , Blackwaters, the wall street , and the federal prosecutors till now had been keeping the loose ends stuffed together. Under Trump the enslaved American society has suddenly tasted the joy of freedom. Freedom from fake news, fake charges, fake pandemic, fake vaccines, fake nationalism, fake patriotism, fake elections and fake judiciary. The exploitative crony capitalists who were remote controlling the deep state to subvert the masses are suddenly facing an insurrection from the long sleeping plebeians.

Imagine the power of the American capitalists even over the president of the super power USA! Trumps social media accounts are suspended like that of petty criminals. His right to speech snatched in a jiffy. His videos are being removed and his personal businesses are being viciously targeted. Trump entered into the white house as a white supremacist and is coming out of it as a leader of the new American freedom movement. He has wrecked the ship of the American tyranny from within itself. Every word he speaks explodes the myth of the artificial American greatness, every move he takes undoes many despotic clutches. Trump tried to rein in the American disinformation juggernauts but the big tech corporations no were too big to be molested. There is one thing for sure, Trump has made the coming presidential stooges despairingly vulnerable. Look at the amount of force mobilization taking place in the Washington DC for an election defrauder to be crowned. At least this is what the 75,000,000 American patriots who support trump say.

Masters of the global finances could indeed use Trump but couldnt tame and throw him away so easily. And the more they squeeze him now the bigger his support base grows and the higher becomes the chances of the American disintegration.

Trump may be blunt, revengeful, audacious, money-minded, apolitical but violence is not in his mix. He never called his white supremacists fandom to arms. He actually fell into the bureaucratic hellhole of the American deep state where all his philanthropic initiatives as a president were blocked to serve the vested interest. He was at war with corruption and tyranny within his own administration. Most of the staffs he hired turned out to be the moles of the dark forces clamping America for decades now.

The military state of America which has been invading sovereign nations under one or the other pretexts is today having to man its own streets with lethally armed forces more in number than was required to attack Iraq and Afghanistan. Karma ; as you sow so shall you reap. Deep staters are urging Americans to stay away from the crowing ceremony of the new President and instead stay tuned virtually. The fear of an armed insurrection is hanging too low to a comfortable transition of power. There is a growing fear of rebellion against the upcoming democratic rulers in all the fifty states of America. Americans are fed up with the congressmen gulping down 11% of the American GDP and lording over them through lies and deception.
Todays America reminds us of the 1991 August coup when Soviet government and military elites tried to overthrow Gorbachev and stop the “parade of sovereignties”, led to the government in Moscow losing most of its influence, and many republics proclaiming independence in the following days and months.

Using the laws of convenience ,the armed guards and trigger happy federal agents in town , Democrats can wall themselves up from the angry Americans but cant kill the idea of the independent states of America.

***
(Arshad Muhsin  is Kuwait based author of Indian origin. Views are personal)

US: ‘Jews for Trump’ rally cause clash in New York