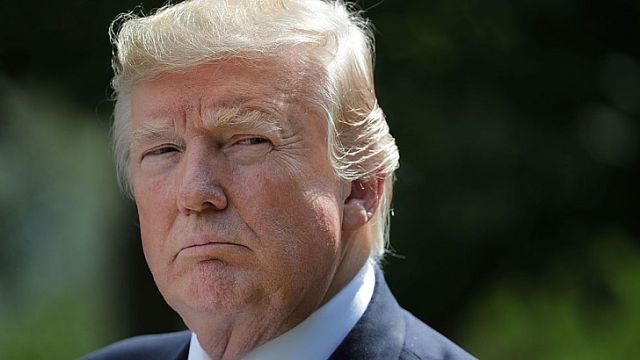 Starting next month, most citizens of Iran, Libya, Syria, Yemen, Somalia, Chad, Venezuela and North Korea will be banned from entering the US, Trump said in a proclamation released on Sunday night.

“Making America Safe is my number one priority. We will not admit those into our country we cannot safely vet,” Trump tweeted just after the proclamation was released.

In a statement, the White House called the new restrictions a “critical step toward establishing an immigration system that protects Americans’ safety and security in an era of dangerous terrorism and transnational crime,” CNN reported.

“We cannot afford to continue the failed policies of the past, which present an unacceptable danger to our country.

“My highest obligation is to ensure the safety and security of the American people, and in issuing this new travel order, I am fulfilling that sacred obligation,” Trump said in the White House statement.

For the last three months, the administration used an executive order to ban foreign nationals from six Muslim-majority countries — Iran, Syria, Libya, Somalia, Yemen, Sudan — from entering the US unless they had a “bona fide” relationship with a person or entity in the country.

Individuals with that “bona fide” exception, such as a foreign grandparent of a US citizen, can still apply for visas until October 18. After that date, the new restrictions will begin.

According to the new list, travel will be broadly suspended, while in other cases, travellers will have to undergo enhanced screening and vetting requirements.

For instance, foreign nationals from North Korea are banned, but a student from Iran will be allowed in, subject to “enhanced screening and vetting requirements”, CNN quoted the White House statement as saying.

However, no current validly issued green cards, visas or travel documents will be revoked.

Secretary of State Rex Tillerson said that with the new restrictions, “the President is carrying out his duty to protect the American people.

“The State Department will coordinate with other federal agencies to implement these measures in an orderly manner… We will continue to work closely with our allies and partners who share our commitment to national and global security.”

Trump signed the initial travel ban during his first week in office, but it was met with immediate legal challenges, which have continued to hinder implementation of the full scope of the executive order.

The administration released a second version in March, which included substantial changes.

The US Supreme Court is set to hear arguments on the legality of the travel ban next month.