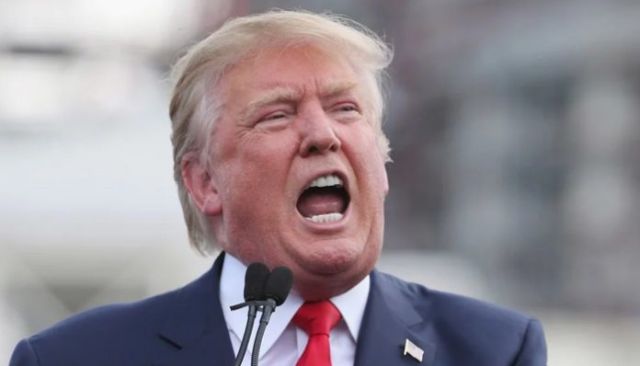 Washington : To dismiss claims of Russian collusion with Donald Trump’s campaign, the US President has leaned on a tweet by a top Facebook executive who said the main intent of the alleged Russian meddling was to divide America, not electing Trump.

“The main goal of the Russian propaganda and misinformation effort is to divide America by using our institutions, like free speech and social media, against us. It has stoked fear and hatred amongst [sic] Americans,” Rob Goldman, Vice President of Ads at Facebook tweeted on Friday.

He also applauded special counsel Robert Mueller’s ongoing investigation of Russian trolls on social media during the 2016 US presidential election.

“The majority of the Russian ad spend happened after the election. We shared that fact, but very few outlets have covered it because it doesn’t align with the main media narrative of Tump and the election,” Goldman said in another tweet.

It did not miss the attention of the Twitter-savvy president who stated that Goldman’s thread supports his argument that there was “no collusion” between the Trump campaign and Russia-linked meddling on social media.

“The Fake News Media never fails. Hard to ignore this fact from the Vice President of Facebook Ads, Rob Goldman!” Trump said in a tweet on Saturday.

In another tweet, Trump accused the Federal Bureau of Investigation (FBI) of spending too much time trying to prove Russian collusion with the Trump campaign while there was none.

“Very sad that the FBI missed all of the many signals sent out by the Florida school shooter. This is not acceptable. They are spending too much time trying to prove Russian collusion with the Trump campaign – there is no collusion. Get back to the basics and make us all proud!” one of his tweets read.

Facebook and other social media platforms, like Twitter and Instagram, have come under intense scrutiny in past weeks, as more information has surfaced about how Russian actors used those platforms to spread misinformation online, CNBC reported on Saturday.

Mueller’s 37-page indictment, released on Friday, revealed the depth of Russian involvement in the US political process.

Mueller has indicted 13 Russian nationals and three Russian entities for allegedly meddling in the 2016 presidential election, charging them with conspiracy to defraud Washington, according to the Department of Justice.

In addition, three defendants were charged on Friday with conspiracy to commit wire and bank fraud, and five defendants with aggravated identity theft, reported CNN.

“The defendants allegedly conducted what they called information warfare against the US, with the stated goal of spreading distrust towards the candidates and the political system in general,” Deputy Attorney General Rod Rosenstein said.

Mueller had convened a grand jury as part of his ongoing investigation into Russian interference in the 2016 election as well as any possible connections between Moscow and President Donald Trump’s campaign associates.

According to the indictment, beginning as early as 2014, the Russian organisation Internet Research Agency began operations to interfere with the US political system, including the 2016 election.