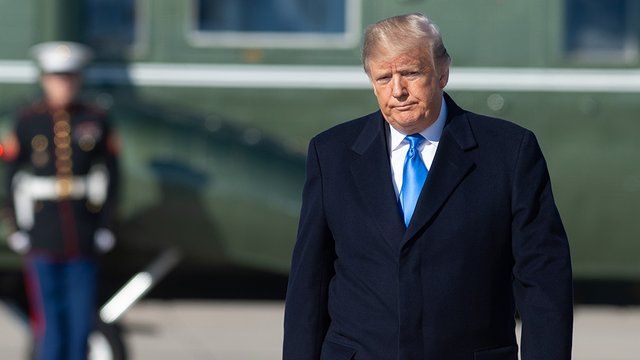 Washington : US President Donald Trump confirmed on Tuesday that he is planning to put an end to what he called the “ridiculous” law that grants citizenship to all children born in US territory.

“We’re the only country in the world where a person comes in and has a baby, and the baby is essentially a citizen of the US… with all of those benefits,” Trump said in an interview with the online daily Axios, reports Efe.

Trump did not mention the fact that more than two dozen other countries, including Mexico and Canada, also have similar laws authorising citizenship for anyone born in their territory.

During the 2016 election campaign, Trump had explored this idea, although experts say that he will face significant obstacles and unleash a prolonged legal battle if he tries to implement it since birthright citizenship is an explicit part of the Constitution.

The 14th Amendment to the Constitution states: “All persons born or naturalised in the US and subject to the jurisdiction thereof, are citizens of the US and of the state wherein they reside.”

“It was always told to me that you needed a constitutional amendment. Guess what? You don’t,” Trump said, adding that “You can definitely do it with an Act of Congress. But now they’re saying I can do it just with an executive order.”

The US President provided no details about that proposition, saying only that he had discussed the matter with his legal advisers in the White House.

“His intent is clear: To incite fear, divide our nation, and make vulnerable communities feel unsafe,” DNC spokesman Daniel Wessel said in a statement, adding “If you want leaders who will unite our country instead of divide it, you must vote on November 6.”

Trump’s plan would be directed against the US-born children of illegal immigrants and would not affect people with legal residence.

The escalation of the president’s anti-immigrant rhetoric comes during the final stretch of the election campaign for the November 6 midterm vote in which Republicans are seeking to maintain their majority in Congress.

800 Pakistani Hindus left India for not getting citizenship