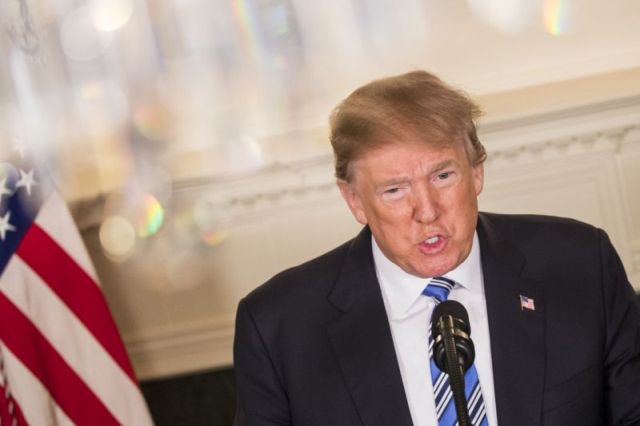 Washington : US President Donald Trump on Sunday criticised Congress, the FBI and the Department of Justice for not investigating the Barack Obama government’s 2016 payment of hundreds of millions of dollars to Iran to resolve an international dispute.

“Never gotten over the fact that Obama was able to send $1.7 billion in CASH to Iran and nobody in Congress, the FBI or Justice called for an investigation!” Trump wrote on his Twitter account.

In January 2016, the Obama administration sent Iran $400 million in euros, Swiss francs and other currencies, which were transported from Geneva by plane, Efe reported.

The payment was the first portion of the $1.7 billion that the US promised to pay to Tehran to resolve an international dispute that arose during the 1979 Islamic Revolution. According to the Obama government, the funds belonged to Iran but had been in US custody for decades.

The first payment sparked controversy because the White House did not hand over the money to Iran until an aircraft carrying three US citizens recently released from prison by Tehran left the Middle Eastern country.

The Republican opposition accused the Obama government of having paid ransom to Iran for the release of the Americans, something the White House denied, saying that it simply wanted to ensure that Tehran fulfilled its promise to release the prisoners before dispatching the funds that were to be returned to Iran anyway.

The payment came as part of the 2015 nuclear deal among the US, Iran and five other world powers and sought to compensate Tehran with $400 million for the Shah government’s never-fulfilled purchase of military equipment before the rupture of US-Iranian diplomatic relations, along with $1.3 billion in interest.

Trump has threatened to withdraw the US from the nuclear pact with Iran and has given an ultimatum to Washington’s European allies to negotiate — before mid-May — a revised agreement that corrects the “defects” of the multilateral pact that ostensibly reined in Tehran’s nuclear programme.