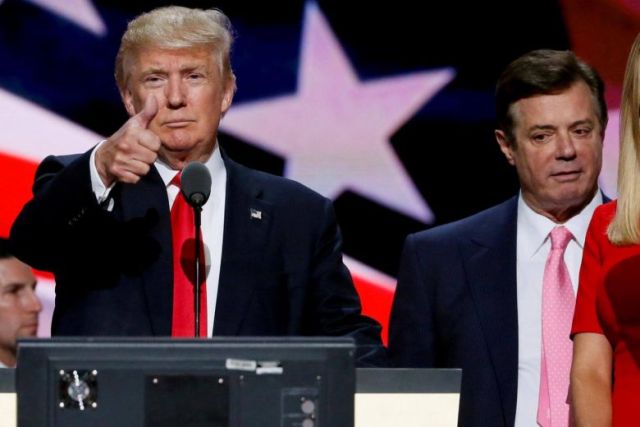 Prosecutors working for Mueller on Monday said in the filing that Manafort’s “crimes and lies” about “a variety of subject matters” relieve them of all promises they made to him in the plea agreement, reports The New York Times.

But under the terms of the agreement, Manafort, 69, cannot withdraw his guilty plea.

Defence lawyers disagreed that Manafort had violated the deal.

In the same filing, they said that Manafort “believes he has provided truthful information”.

But given the impasse between the two sides, they asked Judge Amy Berman Jackson of the US District Court for the District of Columbia to set a sentencing date for Manafort, who has been in solitary confinement in a detention centre in Alexandria, Virginia.

Striking a plea deal with Manafort in September potentially gave prosecutors access to information that could prove useful to their investigation.

But the filing on Monday, a rare step in a plea deal, suggested that they thought Manafort was withholding details that could be pertinent to the Russia inquiry or other cases.

A jury in Northern Virginia convicted Manafort of eight counts of financial fraud in August stemming from his work as a political consultant in Ukraine. The jury deadlocked on 10 other charges.

Faced with a second trial in the District of Columbia on related charges in September, he pleaded guilty to two conspiracy counts and agreed to an open-ended arrangement requiring him to answer “fully, truthfully, completely and forthrightly” questions about “any and all matters” of interest to the government.

Manafort is scheduled to be sentenced in the Virginia case on February 8, 2019, The New York Times reported.

Mueller’s investigators have charged a number of Trump’s former aides with lying to them.