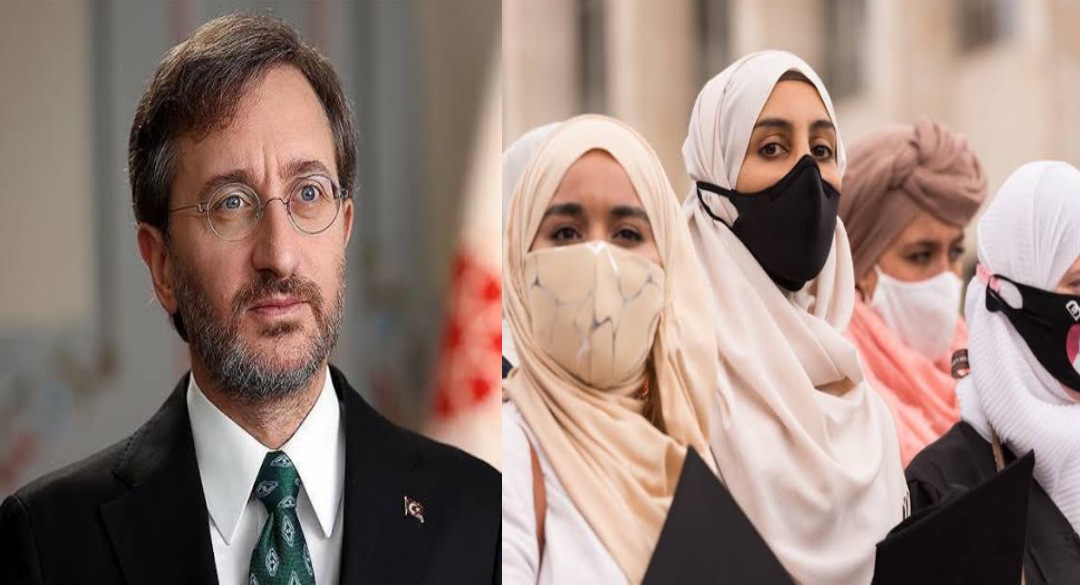 “It is unbelievable that fascism just spread to the courts. This wrong decision is an attempt to lend legitimacy to racism,” said Fahrettin Altun on Twitter.

Altun also accused Europe of “seeking to embrace its dark past” instead of “denouncing it.”

“We condemn this ruling, which infringes on human dignity,” he stressed.

The European Court of Justice (CJEU) on Thursday ruled on two cases brought by Muslim women in Germany who were suspended from their jobs for wearing headscarves.

It ruled that companies in member states can ban employees from wearing headscarves if they “need to present a neutral image to customers.”-AA

Hijab-wearing women to file complaint over beating by French police