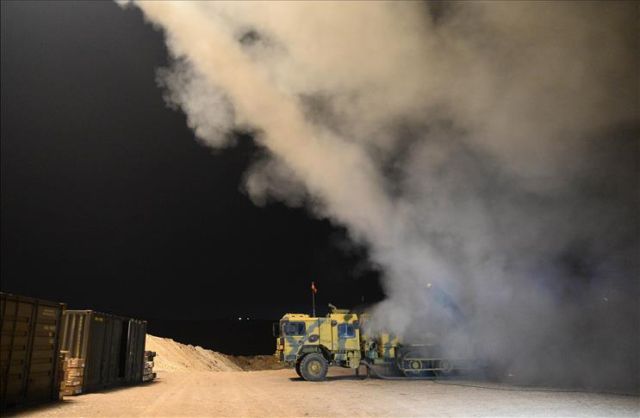 Ankara: The Turkish Armed Forces bombed a convoy of 30-40 vehicles belonging to the PKK/KCK/PYD-YPG and Daesh terrorist groups Thursday during Operation Olive Branch in Syria’s northwestern town of Afrin.

In a statement, the Turkish General Staff said the convoy was intercepted about 15 kilometers southeast of Afrin.

It was carrying ammunition and weapons to the terrorists, the statement said.

“Only the convoy belonging to PKK/KCK/PYD-YPG and Daesh terrorist groups was targeted during the operation, and utmost importance was given to not harm any civilians,” it added.

A video showing the Turkish army striking the terrorist convoy was posted on YouTube in which heavy smoke can be seen after the targets were hit.

According to the Turkish General Staff, the operation aims to establish security and stability along Turkey’s borders and the region as well as protect Syrians from oppression and cruelty of terrorists.