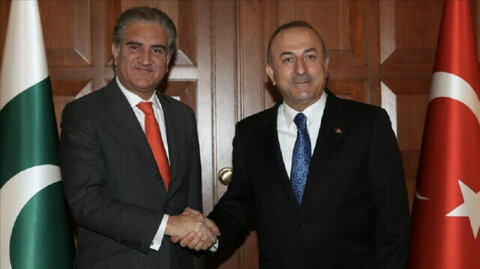 “Nothing can shake our resolve as we stand shoulder to shoulder with the people of Palestine in their legitimate right to self-determination & establishment of independent state with pre-1967 border and Al-Quds Al Sharif as capital,” Qureshi said in a separate tweet.

At least 213 Palestinians, including women and children, have been killed and 1,442 others injured in Israeli attacks on the Gaza Strip since May 10, according to the Palestinian Health Ministry.

The airstrikes were preceded by days of tension and Israeli aggression in occupied East Jerusalem, where hundreds of Palestinians were assaulted by Israeli forces at Al-Aqsa Mosque and in the Sheikh Jarrah neighborhood.