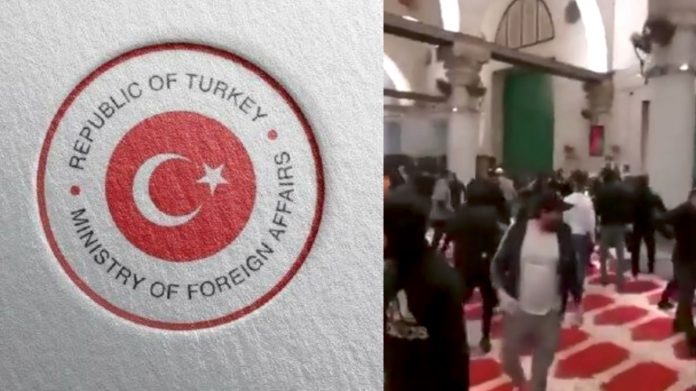 “We find it unacceptable and strongly condemn the killing of seven Palestinians, one of them a child, by Israeli security forces in different cities in Palestine, especially Jenin, and the intervention of Muslims in Al-Aqsa Mosque for worship this morning, causing injuries,” the ministry said in a statement.

“We are deeply concerned about the increasing tensions in the region in recent days,” the statement added, reiterating the need to respect the sanctity of Al-Aqsa, especially during the Muslim holy month of Ramadan.

Ankara also extended condolences to the civilians who lost their lives and wished a speedy recovery to the injured.

Tensions have been running high across the Palestinian territories since the beginning of April amid repeated Israeli raids to arrest “wanted” Palestinians.

Last month, at least 23 Palestinians and 14 Israelis were killed in attacks in the West Bank and Israel.—AA