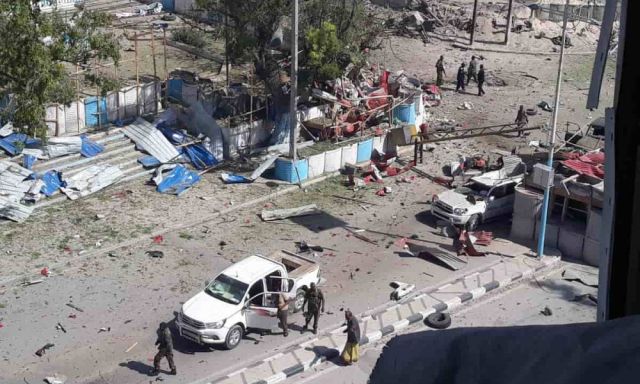 Mogadishu : At least eight people were killed in twin suicide car bomb blasts near Somalia’s Presidential Palace in the capital on Saturday, the police said.

A police officer told Xinhua news agency that the two coordinated blasts could have caused a higher number of deaths and injuries. “So far, we know that at least 8 people killed in the blasts but the death toll could rise,” he said.

Eyewitnesses said the explosions were so huge that they shook a wide radius.

“There were massive car bombs, causing panic among the residents. We don’t know the number of casualties but we heard several people died,” Mukhtar Abdi, a witness, told the agency.

Earlier reports said Mogadishu’s Deputy Governor Mohamed Abdulahi was injured in the explosion while some of his bodyguards were killed.

A senior reporter from Universal Television died during the blast, but the fate of his colleagues was yet to be established.