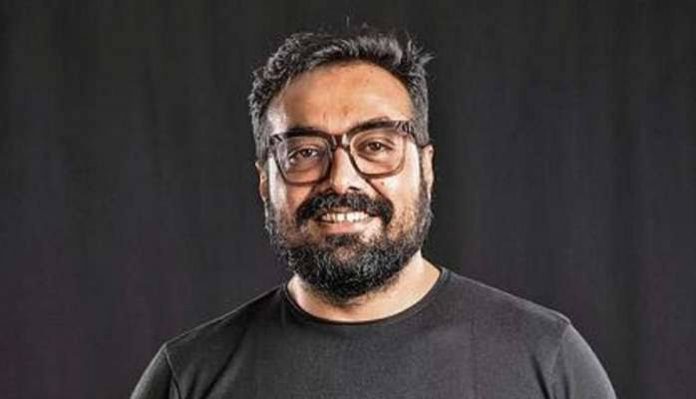 Mumbai, Jan 7 In response to the recently trending hashtag #anuragkashyapisis_terrorist, Anurag Kashyaps fans have started trending #IStandwithAnuragKashyap on Twitter. Netizens are also lauding the filmmaker for taking part in the protests held in Mumbai on Monday evening against the attack on JNU students.

On Tuesday morning, Twitter started buzzing with tweets from fans and well-wishers of the “Manmarziyaan” helmer with the hashtag #IStandwithAnuragKashyap.

Sharing a picture from Monday evening”s protests in Mumbai, where Anurag Kashyap took part along with several other Bollywood filmmakers and actors, a user tweeted: “These are the real hero of Bollywood, they have guts to face all this shit as compare to so called actors..#IStandwithAnuragKashyap”.

Sharing the same picture, a fan wrote: “First Step from Bollywood Celebrity side… We appreciate your courage sir… #IStandwithAnuragKashyap #JNUattack”.

Another fan of the filmmaker referred to the song “Keh kKe loonga” from Anurag Kashyap”s 2012 directorial “Gangs Of Wasseypur”, and tweeted: “#IStandwithAnuragKashyap b”coz at least someone raised his voice against this fascist govt. Remember the song Teri Keh Ke Lunga from Gangs of Wasseypur. That”s what he is doing now #IStandwithAnuragKashyap”.

This comes in response to the hashtag #anuragkashyapisis_terrorist which created a buzz on Twitter last night. Netizens slammed the filmmaker for consistently being vocal against the government and alleging that the filmmaker takes part in protests for money and publicity.

Earlier, sharing a picture of Kashyap taking part in protests held at Mumbai”s Carter Road on Monday evening, a user tweeted in Hindi demanding the filmmaker should be arrested. The user called the protesters a gang of losers and Anurag Kashyap their master.

Another user mocked that the filmmaker gets paid for taking part in protests. The tweet reads: “I don”t think #AnuragKashyapISIS_Terrorist. He”s a moron with God complex who gets paid for his participation in protests (11 lakhs upfront &amp; 50,000 per month from UP Govt to promote Samajwadi party). Probably angry over Yogi”s move to cut his monthly payment.”

Another user claimed Kashyap is hungry for publicity and money. The tweet reads: “Dis guy @anuragkashyap72 has a history of selling himself. He was a part of a gang of filmmakers who were anti KJO. They hated him to d core &amp; Anurag was their leader. Den 1 fine day Anurag joins KJO camp &amp; leaves his old gang. He can do anything for (money emoji). #AnuragKashyapISIS_Terrorist”.

Taking a dig at the government”s IT Cell for the trending hashtag, #AnuragKashyapISIS_Terrorist”, the filmmaker tweeted in Hindi which translates to: “I didn”t know that the IT Cell is so much scared of the truth. The more you trend, the more the truth will spread. Keep trending it. We need to reveal BJP”s truth to everyone. We need to expose the terrorist government.”