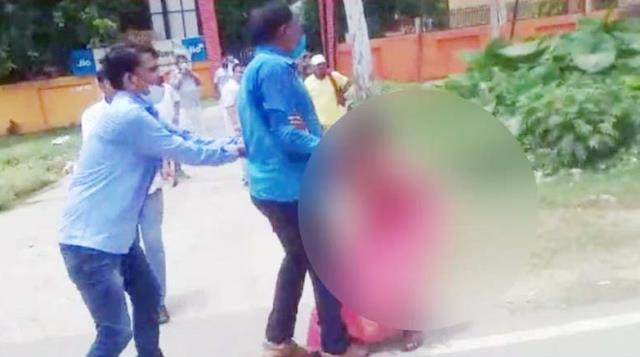 Violent incidents were reported and two women associated with SP were allegedly molested during the nomination process for the block head elections on Thursday.

In a video that has gone viral on social media, BJP workers named Brij Kishore and Yash Verma were seen pulling a Samajwadi Party worker’s sari as she was entering a nomination centre. The worker was a proposer for an SP-backed candidate.

According to the district president of Samajwadi Party, Ram Pal Yadav, after misbehaving with the woman, the BJP workers had entered the block office and removed the clothes of SP’s another woman cadre, Indian Express reported.

The SP leader also alleged that the workers snatched her nomination papers, tore them and fled from the spot.