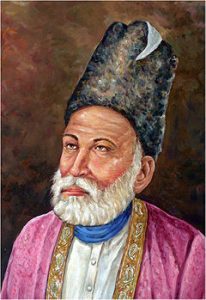 New Delhi, April 20 : A two-day event will be organised on the 144th death anniversary of Mirza Ghalib to showcase his rich legacy, an organisation dedicated to the legendary Urdu poet announced Saturday.

The event will feature the release and screening of a film on Ghalib produced by Kathak dancer Uma Sharma. In addition, a Kathak performance, recital of couplets of the poet by author Pawan K. Verma, and a mushaira will create the atmosphere of a bygone era.

“While the couplets have been specially selected for the occasion that will leave the listeners spellbound, the dancers will capture three moods; the remorseful, the lonely and the philosophical – befitting for the death anniversary,” GMM said in a statement.

Eminent Ghazal maestro Ustad Moin Khan from Mumbai will be presenting his repertoire with well-known poets from the Indian sub-continent participating in the mushaira.—IANS.