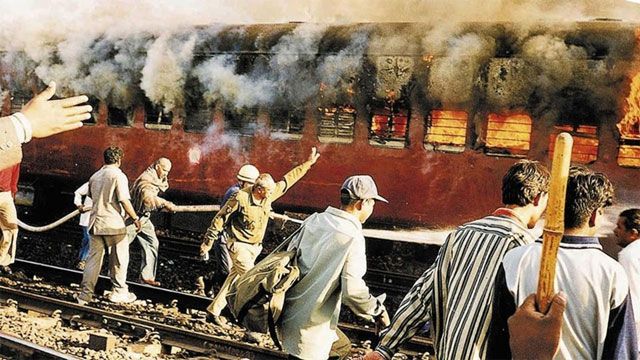 Different investigating agencies had arrested five persons in 2015-16 and they were put on trial by a Special Investigation Team (SIT) appointed by the Supreme Court.

Investigating agencies accused Bhana, who is in his 50s, of being a key conspirator of the train attack. He was arrested by Gujarat Anti-Terrorist Squad in May 2016. Bhana, a sitting corporator of Polan-Bazar area of Godhra municipality, was on the run since the day of the train burning incident on February 27, 2002.

It was alleged that on the night of February 26, Bhana and other accused persons had held a meeting at Aman Guest House near the railway station as part of their conspiracy to set ablaze the S6 coach of the train.

For almost a decade, he remained underground hiding his identity and would meet his family at different places. He was arrested in Panchmahal district from a toll plaza where he had come to meet his family members.

The convict Imran alias Sheru Batuk was also found guilty of conspiracy and being part of the mob which set the train on fire. He was arrested by Detection of Crime Branch, Ahmedabad in 2016 from Malegaon in Maharashtra.