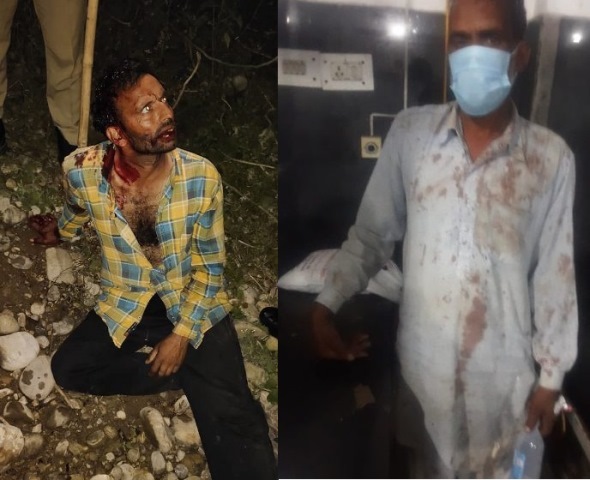 New Delhi: Muhammad Siddique and his cousin Mir Hussain were attacked by a group of self-styled cow vigilantes on Thursday night in Gharota village of Bhilwara Tehsil, Jammu. The men, who belong to the Gujjar community, are seriously injured and currently undergoing treatment in a hospital.

15-20 Hindutva goons attacked them with lathis and stones at around 9 pm on Thursday, when the duo were returning home along with a pair of oxen they had purchased four-five days ago from a neighbouring village.

The men alleged that they had stopped near the stream to quench the thirst of their animals when a mob surrounded them and accused them of cow slaughtering. Sharp-edged knives were forced into their hands.

Jammu Occupied Kashmir: Two people from Gujjar community brutally beaten up by RSS goons in Jammu's Garhote area. Reportedly, they were returning home with their cattle. After India, no one in occupied Kashmir is safe from these goons @Masood__Khan pic.twitter.com/5VwwpVdGUu

Speaking to The Wire, his cousin Amir Hussain (42) said they were ruthlessly beaten up for more than 90 minutes by the self-styled vigilantes.

The victims were admitted to Government Medical College, Jammu. Meanwhile, an FIR was filed at PS Gharota in Jammu. The Jammu and Kashmir police have arrested the main culprit and registered an attempt to murder case against all the attackers.

Reacting to the incident, Zahid Choudhary, state president of Jammu Kashmir Gujjar Bakerwal Youth Welfare Committee wrote on Twitter, “Another incident of mob lynching repeated in Jammu, two Gujjars were badly beaten by RSS goons in Garhote area of Tehsil Balwal of dist Jammu, when they were returning back from their fields with cattle as the govt is responsible because no action is taken by police.”