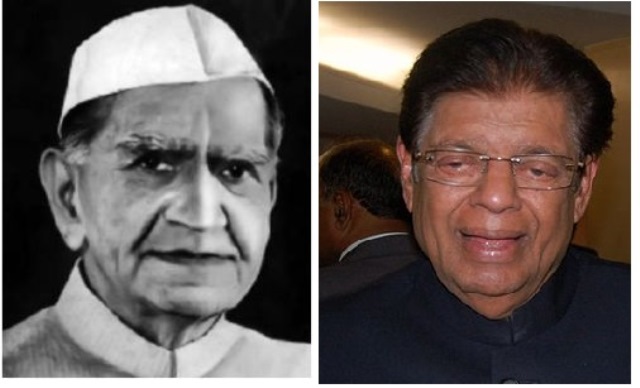 Last week it was the 40th death anniversary of Mr Fakhruddin Ali Ahmad, who died in 1977, while he was serving as the President of India.  He was originally from Assam.  Before becoming the President, he served as Finance Minister of India under PM Indira Gandhi,  and in the Assam State Govt as  Deputy Chief Minister, Finance minister and longtime leader in India’s freedom movement and the Congress party.  In Assam where Muslims comprise 35% of the population and for decades after independence the state remained backward, Mr Ahmad brought lots of development.  As a close associate of Indira Gandhi, he implored her to modernize the backward state of Assam.  Today many former small towns have become modern cities.  There is an Indian Institute of Technology and  an an Indian Institute of Management there.

Last week it was the first death anniversary of Mr E Ahmad, who died in 2017, while he was serving as Member of Parliament and President of Indian Union Muslim League.  He was originally from Kerala.  Mr Ahmad also served as the Minister of State for Foreign Affairs for ten years in the central govt headed by Dr Manmohan Singh.  In Kerala he was active in politics as a minister in the Kerala state govt , holding several portfolios.  He was also a senior member of the Indian Union Muslim League.  Mr Ahmad’s major contribution to his community in Kerala was that he was successful in making the Kerala state government establish many schools and colleges.  He helped the Indian government as an emissary in various Muslim Arabian Gulf countries and Saudi Arabia.  Throughout his life he was very active in the community in Kerala.