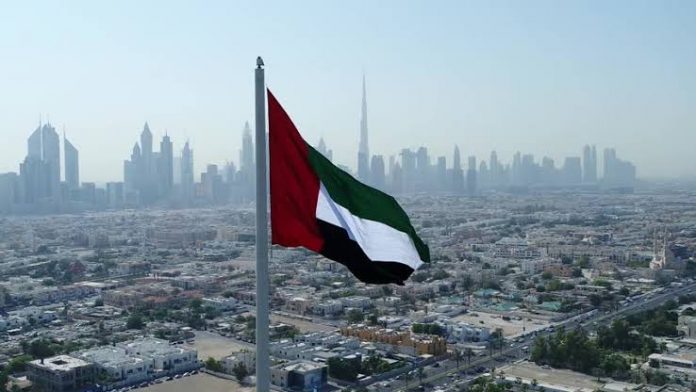 New Delhi/UAE : After Qatar, Iran and Kuwait, now the United Arab Emirates has condemned statements by former BJP spokespersons on Prophet Mohammed. The UAE foreign office expressed denunciation and rejection of insults to the Prophet.

In a statement, the Ministry of Foreign Affairs and International Cooperation (MoFAIC) affirmed the UAE’s firm rejection of all practices and behaviours that contradict moral and human values and principles.

“The Ministry underscored the need to respect religious symbols and not violate them, as well as confront hate speech and violence. The Ministry also noted the importance of strengthening the shared international responsibility to spread the values of tolerance and human coexistence while preventing any practices that would inflame the sentiment of followers of different religions,” it said.

Iran, Qatar and Kuwait had also summoned Ambassadors of India on Sunday and handed over protest notes to them.

The Indian Embassy in Qatar had already issued a statement, saying that the “Ambassador had a meeting in the Foreign Office in which concerns were raised with regard to some offensive tweets by individuals in India denigrating the religious personality. Ambassador conveyed that the tweets do not, in any manner, reflect the views of the Government of India. These are the views of fringe elements”.

The Qatar government, in a statement, said: “State of Qatar welcomed the statement issued by the ruling party in India in which it announced the suspension of the party’s official from practicing his activities in the party due to his remarks that angered all Muslims around the world.”

Noting that Qatar is expecting a public apology and immediate condemnation of these remarks by the Indian government, it pointed out “that allowing such Islamophobic remarks to continue without punishment, constitutes a grave danger to the protection of human rights and may lead to further prejudice and marginalisation, which will create a cycle of violence and hate”.

The BJP on Sunday suspended its spokesperson Nupur Sharma and expelled Naveen Jindal, who was media head of the party’s Delhi unit, over remarks on the Prophet Mohammed.— IANS