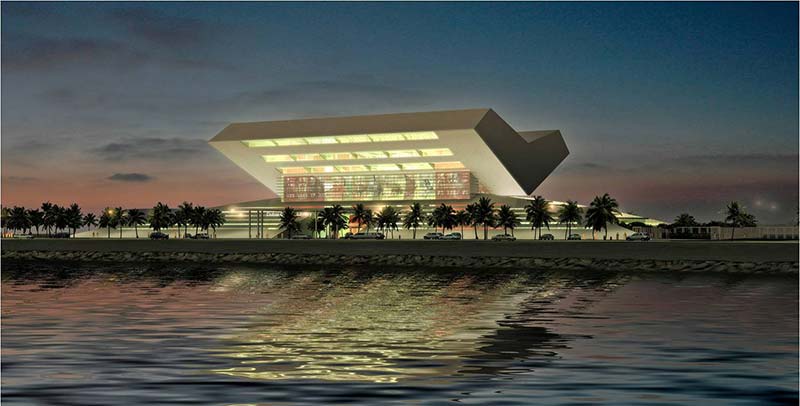 The seven-storey Mohammed bin Rashid Library will be constructed on an area covering one million square feet in Al-Jaddaf. It is scheduled to open in 2017 and will house more than 4.5 million books and include several areas for interaction, events, activities, educational and cultural festivals. The library will also host several cultural and cognitive initiatives, such as the Dh2.4 million ‘Arabic Language Award’, launched recently to help people embrace their Arab identity.
There will also be a museum of the Arab heritage and the history of human civilization as well as venues for arts and literary exhibitions, heritage preservation initiatives and a 500-seat theatre for lectures, seminars and launching of intellectual and cultural initiatives regionally and globally.
“We are the leaders of civilization, duty and culture, and so we need to revive the spirit of learning and curiosity within our culture through innovative initiatives that push our boundaries”, said Sheikh Mohammed at the grand launching event.

“This is why we decided to start the Year of Reading by launching this state-of-the-art library and to let everyone know that we will transform the UAE into an Arab and global cultural and learning center while strongly establishing reading as a societal norm”.
“We want a dynamic library which will reach you before you reach it, visit you before you visit it, and which encourages you to start reading from childhood, while supporting you as a scientist, researcher or specialist, when older. The library will be a compound for books, a community for readers and writers, and an association for content, culture and thought owners,” Sheikh Mohammed added.

The library will also serve as a platform for hosting and launching the most significant intellectual and cultural initiatives regionally and globally.

“The human mind is the center of development, and the book is the tool used to renew the mind. A nation can never grow without a renewed mind and a lively, knowledgeable spirit”, Sheikh Mohammed noted.
AG/IINA