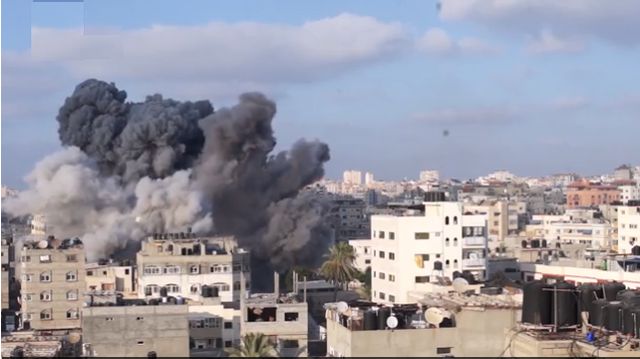 In a most sensational revelation an Israeli journalist Edy Cohen has claimed that an Emirati pilot participated in the bombing of Palestinian targets in the Gaza Strip three weeks ago during his training on Israeli air force F-35 fighters.

In a tweet, Cohen challenged Dubai’s Deputy Chairman of Police and Public Security, General Dhahi Khalfan, to deny the presence of an Emirati pilot in the Israeli air force during the bombing of the Gaza Strip three weeks ago.

Cohen’s claim days after the Emirati General called on Arabs to recognise Israel’s reality which he said “wants nothing but destroy the Arab world”.

In response to the tweet, Cohen accused Khalfan of being complicit in assassinating the Hamas leader, Mahmoud Mabhouh, in Dubai in 2010.