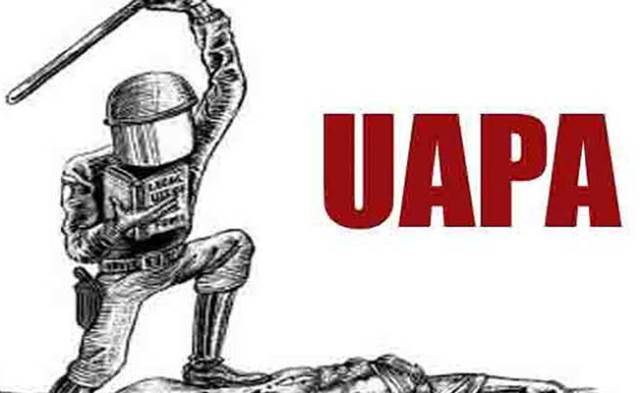 Around a month ago, many activists including journalists and lawyers were arrested from different states in India for having links to Maoist groups- considered violent and illegal in the country. The activists were also accused of inciting violence during the Bhima Koregaon in January 2018. The activists arrested include Varavara Rao, lawyer Sudha Bharadwaj, and activists Arun Fereira, Gautam Navlakha and Vernon Gonsalves. The raids were carried out in Delhi, Faridabad, Goa, Mumbai, Ranchi and Hyderabad.

Days later the Supreme Court, the apex court in the country lashed out at Maharashtra Police saying, “the liberty cannot be sacrificed at the altar of conjectures”. Later the Supreme Court ordered the house arrest of the accused and the verdict in the case is yet to be declared. Many believe that the ideologue of the activists which stood contrary to the ruling belief of the government led to the arrests and charged under Unlawful Activities (Prevention) Act 1967 (UAPA), a draconian anti-terror law.

After the anti-terror laws like Terrorist and Disruptive Activites and (Prevention) Act and Prevention of Terrorism Act were repealed, the UAPA become the primary tool against terror related offences. UAPA enables the Centre to declare an association “unlawful” if it is seen as a threat or pot­ential threat to the country’s “sovereignty and integrity”, or is seen as promoting “enmity between different groups”, or for “imputations prejudicial to national integration”—all subjective criteria contingent on the ideology of the government of the day. The law includes severe provisions including no anticipatory bail and extended detention periods.

The arrests led many concerned citizens including opposition leaders Shashi Tharoor, P Chidambaram and many others from around the country raised their objections to such a draconian law being occasionally to curtail the freedom of many innocents. Today UAPA is being talked about as a draconian law with its provisions being widely condemned. But it would be pertinent to look at how the law has been used to target specific groups in the past.

In a 2014 report by Jamia Teacher’s Solidarity Association claimed that there are about 200 innocent Muslim youth who are locked up in different jails of Madhya Pradesh on charges of terrorism despite the fact that there has hardly been any case of bomb blast or terrorism in this state. Manisha Sethi, the Convener of the association said that there are about 85 cases against them which pertain to UAPA (Unlawful Activities Prevention Act) and that cases against almost all of them are more or less similar.

In Bhopal, India 8 under trials were murdered by the police in a chilling encounter in 2016. Amzad, Sadiq, Shaikh and Guddu were charged with attempt to murder under section 307 of the Indian Penal Code and also under the Unlawful Activities Prevention Act (UAPA). Though there were protests regarding the encounter but the law being used arbitrarily wasn’t questioned. The men killed in the counter were said to the members of Student Islamic Movement of India, which under the UAPA was made illegal in 2001.

Later the People’s Union for Democratic Rights, a leading civil liberties organisation, challenged the ban on Students Islamic Movement of India (SIMI). Human rights activist Gautam Navlakha while speaking to The Hindu had said, “The current ban on SIMI under the UAPA is in contempt of this judgment as the necessary grounds supporting the ban notifications have not been provided by the government,” he said.

Some other prominent cases related to UAPA include the case of G N Saibaba, the DU professor who is handicapped. The professor was arrested on charges of having links to Maoists and was sentenced life imprisonment. United Nation had raised concerned regarding Saibaba and had urged India to release the jailed professors.

The current arrests add to the pressing questions on laws like UAPA. The arbitrariness and the unjust means in the provisions of this law take away the legitimacy from the hands of the Police against the accused. The history of the law shows a pattern of grave misconduct. As per the analysis of NCRB data in 2015, out of 65 in 76 cases where trials were completed under UAPA  ended in acquittal or discharge, making 75 per cent of cases resulting in acquittal or discharge. Though it is too late to acknowledge, but a great offense has already been committed, with all credit to UAPA.

Majid Alam is a freelance journalist and writes for The Wire, The Quint and The Statesman.