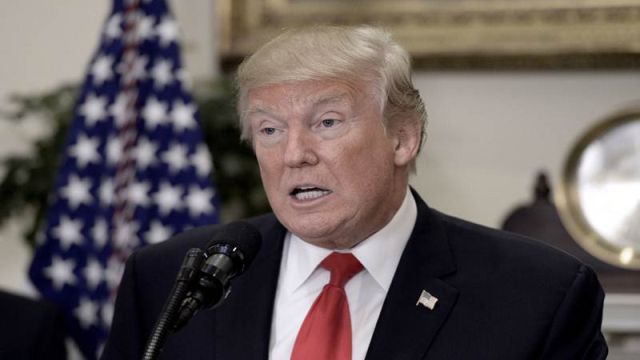 WASHINGTON : Former US President Donald Trump said Saturday that the situation in Ukraine will get worse, claiming Russian President Vladimir Putin would not stop his war.

“This could lead to World War III,” Trump said during a rally in the state of South Carolina. “I see what’s happening. Because if you think Putin is going to stop, it’s going to get worse and worse. He’s not going to accept it and we don’t have anybody to talk to him.”

He then told the crowd “You had somebody to talk to him with me.”

During his address, the former president took aim at the current administration of Joe Biden and reiterated that Putin would have never launched a war during his term.

“Nobody was ever tougher on Russia than me,” said Trump.

Since Russia launched its war against Ukraine on Feb. 24, more than 2.5 million people have fled to other countries, with some 2 million displaced within the country.

At least 564 civilians have also been killed and 982 injured in Ukraine, according to UN estimates.

While the EU, US and others have imposed sanctions on Moscow, many companies and global brands have also suspended operations in Russia.– AA