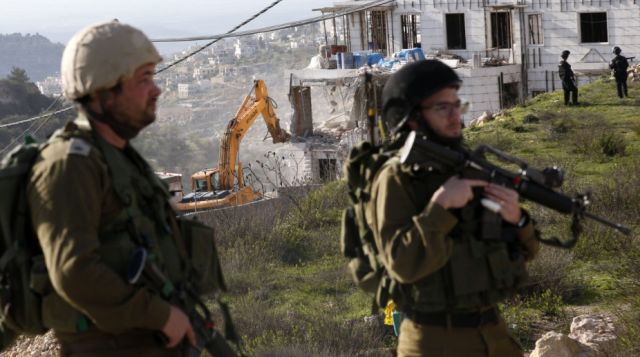 United Nations : The UN special coordinator for the Middle East peace process, Nikolay Mladenov, on Tuesday warned that tensions in the Middle East are taking “an increasingly perilous turn.”

“Fighting in Syria is increasing, endangering de-escalation arrangements and regional stability, as well as undermining efforts for a political solution.

“Despite the positive news from Iraq and the defeat of the Islamic State terrorist group, much of the Middle East continues to be in the grips of an ongoing human tragedy of immense proportions,” Xinhua quoted Mladenov as saying to the Security Council.

Against this backdrop and after over a century of hostilities including 50 years of continued military occupation, Israelis and Palestinians are still no closer to peace. Many have lost hope that they will see it in their lifetimes, he said.

“The enemies of peace are growing more confident by the day. They see every failure of the forces of moderation as a win for the forces of radicalisation. They believe the political odds are turning in their favor. Day after day they are emboldened.”

Hindering peace are also those who push facts on the ground, who promote unilateral moves blocking the pathway back to the negotiating table, warned Mladenov.

“None of this will bring us closer to resolving the conflict. None of it will respond to the inalienable right of the Palestinian people to statehood or the Israeli longing for security. It will only drive us further down the road of confrontation, suffering and a one-state reality of perpetual occupation.”

The security situation on the Golan Hights is also a matter of growing concern, said Mladenov.

A worrying escalation occurred on Feb 10, when Israeli Defence Forces destroyed what they identified as an Iranian unmanned aerial vehicle which had reportedly entered its airspace from Syria.

Shortly thereafter, Israeli aircraft targeted a Syrian airbase. During the attack, one Israeli jet was hit, injuring two pilots, which further prompted Israel to attack what it described as “12 military objectives” inside Syria.

“I urge all sides to work toward easing tensions in this highly volatile area,” he said.

Heightened rhetoric was exchanged between Israel and Lebanon over disputed maritime areas, he said. The UN continues to call on the sides to act responsibly, avoid security risks and explore with the support of the United Nations ways to resolve the issue, he said.

Preparations continue for May parliamentary elections in Lebanon and for the upcoming Rome II and Cedre conferences to support the security sector and economy, respectively due on March 15 and April 5, said the UN envoy.