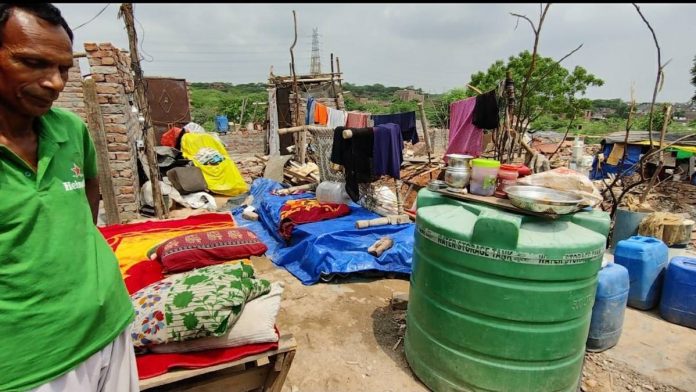 New Delhi: Human rights experts of the United Nations on Friday called on Indian authorities to halt the eviction of the residents of Khori Gaon in Haryana’s Faridabad.

“We appeal to the Indian government to respect its own laws and its own goal of eliminating homelessness by 2022 and to spare homes of 100,000 people who mostly come from the minority and marginalised communities. It is particularly important that residents be kept safe during the pandemic, they said in a statement.

Last month, the Supreme Court directed Haryana and the Faridabad municipal corporation to remove “all encroachments” consisting of around 10,000 residential constructions in the Aravali forest area near the village, asserting that the “land grabbers cannot take refuge of rule of law” and talk of “fairness”.

Terming the court verdict as ”extremely worrying”, they said that the role of the Supreme Court is to uphold the laws and to interpret them in light of internationally recognised human rights standards, not to undermine them.

In this case, the spirit and purpose of the Land Acquisition Act 2013, among other domestic legal requirements, have not been met, they added.