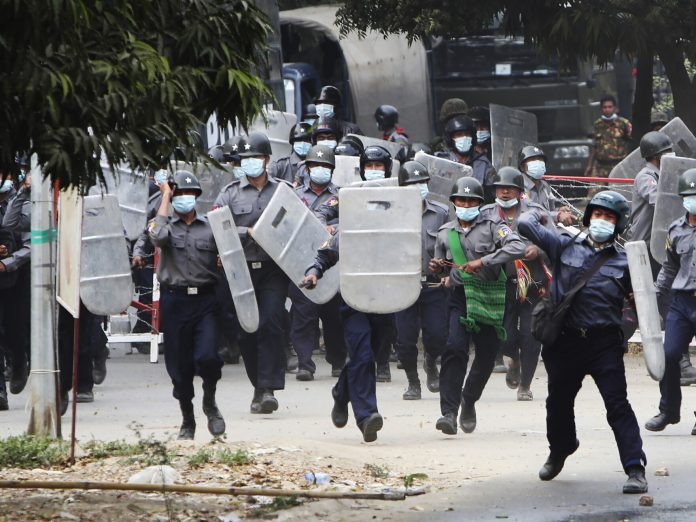 GENEVA:  A UN official said Friday that he is worried about the military escalating violence against civilians and opponents of a coup in Myanmar after the army intensified its dispatch of soldiers to the north.

UN Special Rapporteur on Myanmar Tom Andrews pointed out that the deployment of tens of thousands of troops and heavy weaponry, and other military assets to the north and northwest regions of the country are reminiscent of similar tactics by the military before its genocidal attacks against the Rohingya in Rakhine State in 2016 and 2017.

“We should all be prepared, as the people in this part of Myanmar are prepared, for even more mass atrocity crimes. I desperately hope that I am wrong,” he told the General Assembly in a report on the latest developments in the country.

Andrews urged the international community to close the door to money, weapons and legitimacy for the Myanmar military, noting that such sanctions work, citing the recent release of thousands of political prisoners.

Andrews reiterated his call to the Security Council to impose an arms embargo on the military junta.

He noted sanctions have not yet affected the ability of the junta to continue to seize state revenues and foreign exchange to enrich leaders and fuel attacks on the civilian population.

“The single largest source of revenue for the junta is the oil and gas industry. I encourage member states to follow the call of several hundred civil society organizations within Myanmar who have called for Myanmar Oil and Gas Enterprise to be sanctioned,” he said.

On Feb. 1, Myanmar’s military seized power after allegations of fraud in the 2020 general elections and political tension in the country.

The army arrested many officials and ruling party leaders and declared a state of emergency for one year.

According to The Assistance Association for Political Prisoners (AAPP), more than 1,100 people have been killed and over 9,000 demonstrators have been arrested after the military intervened against anti-coup protesters and rebel groups.

Large-scale demonstrations against the coup continue as the trial of senior government officials in military courts continues. -AA