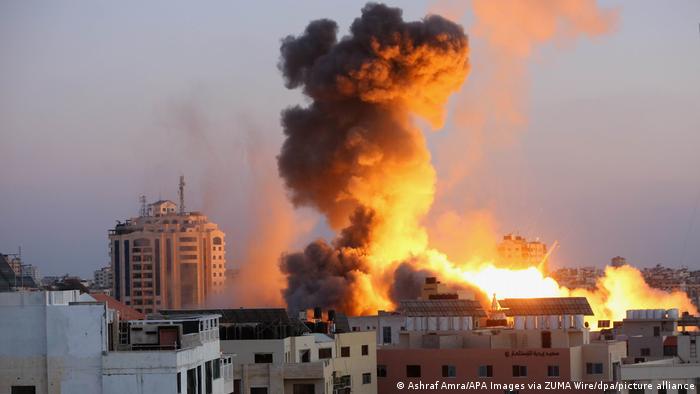 Geneva: Israel’s airstrikes during the most recent Gaza conflict may constitute war crimes, the head of the UN Human Rights Council said at a special session on Thursday.

“Though Israel gave several advance warnings when it conducted airstrikes on the blockaded enclave, if found to be “indiscriminate and disproportionate in their impact on civilians and civilian objects, such attacks may constitute war crimes,” she underlined.

Bachelet said the latest escalation was linked to protests and a heavy response from Israeli security forces, first in East Jerusalem, then spreading to the entire occupied Palestinian territories and also within Israel.

She cited figures verified by her office that 242 Palestinians were killed by the Israeli security forces in strikes on Gaza, including 63 children.

“Thousands of others have been injured while it is estimated that over 74,000 Palestinians have been displaced,” she added.

In the West Bank, including East Jerusalem, 28 Palestinians, including five children, were killed as of May 24.

“At the same time, rockets launched by Hamas and other armed Palestinian groups killed 10 Israeli citizens and residents, including two children, and forced thousands into shelters,” said Bachelet.

Though Israel took several precautions, such as advance warning of attacks in some cases, airstrikes in such densely populated areas resulted in high civilian deaths and injuries, as well as widespread destruction of civilian infrastructure.

“Such strikes raise serious concerns of Israel’s compliance with the principles of distinction and proportionality under international humanitarian law,” said Bachelet.

She said that the death and injury of children in this escalation “is a source of shame for all.”

The UN official welcomed the May 21 cease-fire but said unless the “root causes of this violence are addressed,” violence will begin again “with further pain and suffering for civilians on all sides.”

Meirav Eilon Shahar, Israel’s ambassador to the UN in Geneva, accused Hamas of the escalation and said the group fired more than 4,400 rockets.

“The rockets were fired by Hamas from Palestinian homes, hospitals, and schools. Each one of these rockets constitutes a war crime,” she claimed.

She also criticized the Human Rights Council and argued that since its inception, 30% of all special sessions of the council targeted Israel.

Michael Lynk, the special rapporteur on human rights in the Palestinian territories, said that among the dead in Israel’s airstrikes was Ayman Abu Alouf, head of internal medicine at Al-Shifa Hospital, Gaza’s largest medical center.

“He was killed last week by an Israeli missile strike on his apartment building along with 12 members of his extended family, including his parents, his wife, and his 17-year-old son and 13-year-old daughter,” said Lynk.

Alouf was in charge of the hospital’s response to the COVID-19 pandemic, which has ravaged Gaza.

The EU said: “Only a political solution will bring sustainable peace and end once for all the Palestinian-Israeli conflict.”

“We deeply regret the loss of lives over these 11 days. Both Palestinians and Israelis alike deserve to live in peace and security, enjoying human rights, fundamental freedoms, and democracy.”