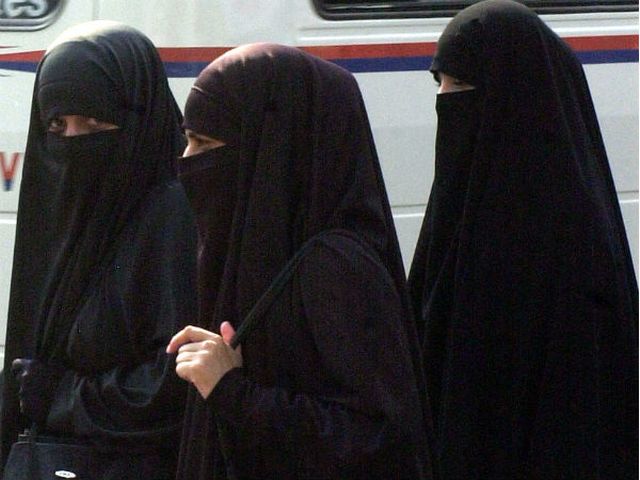 New Delhi : Hijabs and abayas have been featured on international runways and are steadily making waves online with designer options. From unorthodox colours like pinks, turquoise and bottle green breaching the classic black barrier, fashion-conscious but conservative Muslim women are making different sartorial choices with this outfit.

“Hijabs and abayas have featured on international runways and are steadily becoming a part of mainstream dressing. Even in India, there is a growing demand fuelled by young women for clothes which are fashionable, functional and comply with their culture and comfort,” Mukherjee told IANS.

The website has seen significant growth in business in the last few years, said Mukherjee, adding that there is huge demand for abayas from Hyderabad, Mumbai and Bengaluru.

“It has grown 6.5x in the last year (2017 vs 2016). Overall, we have had an amazing growth story. We continued to outperform the online fashion industry growth rates,” she said.

Even e-commerce portal ShopClues witnessed a noticeable change in the evolution of abaya, a robe-like dress.

“While staying true to its roots, the abaya has gone through an evolution of sorts over the past few years, transforming from a plain black swathe of fabric to a more elegant piece of attire that women can use to express themselves and show their personality.

“Designers are experimenting with unconventional colours and styles that have been well received by customers,” Ritika Taneja, Senior Director – Categories, ShopClues, told IANS.

Designer Sumona Parekh of the label Sumona Couture also said that the “abaya has evolved completely over the years”.

“It has shown transformation to a more elegant attire that women can use to express themselves and show their personality,” Pareskh told IANS.

“The Indian market has also expanded as the women who wear abayas have raised the demand for trendy yet sophisticated designs and collections. They are very much open to new patterns and colours in abayas to make their look more surreal. Inspired by the Western fashion market, India has evolved to an extent,” she added.

Taneja said that until a few years ago, there were limited options for modest styles, but now major fashion houses and boutique brands are fusing fashion with modesty and launching abaya and hijab lines in an assortment of fabrics and style.

“E-commerce, with its greater reach, has penetrated Tier 2, 3 towns and beyond,” she said.

The Andaman & Nicobar Islands, Srinagar, Jammu, Kochi, Bhubaneswar and Bengaluru are the cities where the makeover of the abaya has been significant, Taneja said, adding: “India’s fashion-conscious Muslim women may not be as affluent, but they are making different sartorial choices. The new generation is open to new styles.”

Some of the hit trends are digital prints and pastel shades.

“Abaya designs are a combination of unique ideas, colours, latest cuts and traditional themes. Unorthodox colour choices like pink, turquoise, bottle green, blue and indigo have breached the classic black barrier and are some of the most popular and selling colours of abaya,” said Taneja.

Also Kaftan abaya, kimono style and A-line abaya with butterfly silhouettes and clinched waist are trending at present in various fabrics like linen, rayon, wool, georgette and chiffon. Embellished collars, sleeves with stone and sequin work up the style quotient on the otherwise simple garment.

(Nivedita can be contacted at nivedita.s@ians.in)