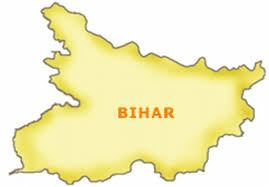 New Delhi, Sep 26: Nearly 25 per cent of the voters in Bihar think that unemployment and the status of returned migrant workers in the state are the prominent issue they are going to keep in mind while voting in the coming Assembly elections, according to the IANS C-Voter Bihar opinion poll survey.

Health is the second most important issue that would be on the minds of the voters as 12.9 per cent of the total respondents feel that they would vote keeping in mind the status of hospitals and availability of medicines in the state.

According to the survey, a total of 9.5 per cent of the respondents said they would vote for education facilities while only 7.7 per cent thought that the status of law and order in the state or women’s security are prominent issues.

However, a substantial number of people felt that control on corruption in government works is an important issue to vote for as 19.3 per cent of the respondents gave their nod for the issue.

According to the survey, 13.3 per cent of people would prefer to vote for issues like status of electricity, water and roads in Bihar. Only 1.9 per cent of voters would go to vote keeping national issues like CAA, NRC and NPR in mind.

Though Bihar is quite affected by the floods, yet only 2.6 per cent of voters would vote keeping in mind the status of flood management in the state.

However, the survey found that nearly 7.7 per cent of voters in the state would have other issues in mind when they step out to vote.