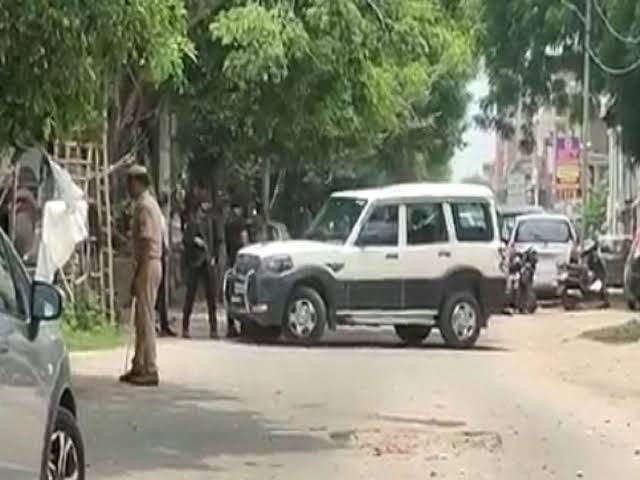 Lucknow: The two alleged terrorists, arrested by the UP Anti-Terrorist Squad from the outskirts of Lucknow on Sunday, were produced in the court of the Chief Judicial Magistrate on Monday and were sent on 14 days’ police custody.

The ATS had sought police remand in order to further the investigations and track down the other accomplices in the terror plot.

Meanwhile, ATS units have been conducting raids in various districts and sources said that over a dozen persons had been detained for questioning.

Additional Chief Secretary, Home, Avanish Awasthi said: “Raids are underway across the state to arrest the remaining accomplices. We have decided to provide more resources and manpower to the Anti-Terrorism Squad.”

Security has been increased in Ayodhya, Mathura, and Varanasi after maps of shrines in these holy places were found from the house where the two alleged terrorists, Maseeurddin and Minhaz Ansari, were staying.-IANS