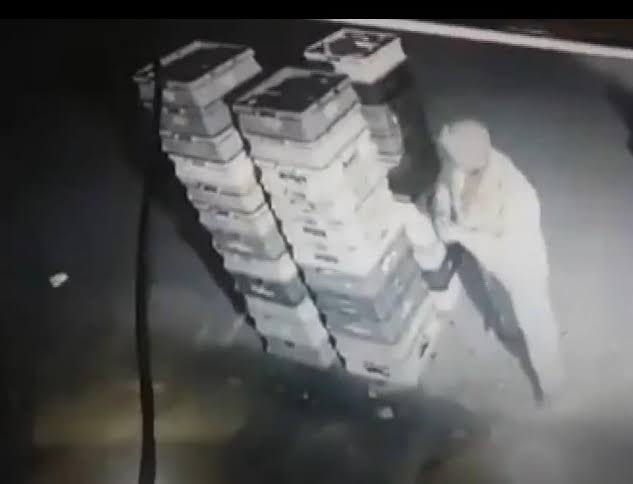 Lucknow: After the Lucknow police was caught on camera, walking off with blankets taken from women protesting against citizenship law on Saturday night, another video from Noida has gone viral on social media in which a policeman is seen purportedly stealing packets of milk kept outside a store in the area.

The act was caught on a CCTV camera in the early hours of January 19.

In Lucknow and Noida, the police commissionerate system has recently been introduced with the assurance that the policing system will improve greatly.

In the video, the policeman who seems to be on patrolling duty can be seen roaming around the crates in which milk packets were kept outside a store.

After a while, the cop picks two packets of milk and goes towards the police vehicle parked nearby. He is seen handing over a packet of stolen milk to a colleague sitting in the vehicle.

Sedition case filed against Samajwadi MP for his remarks on Taliban