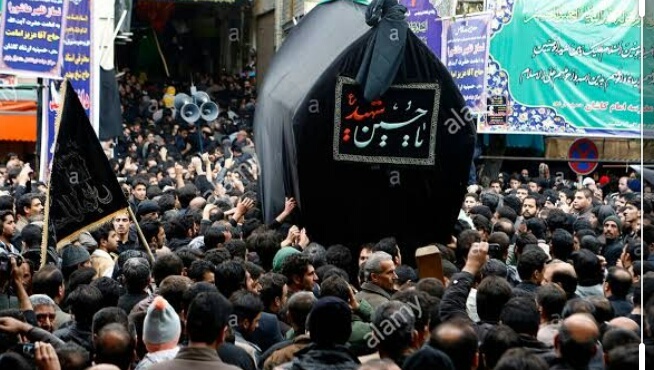 Lucknow– The Uttar Pradesh government has accepted the demands of Shia cleric Maulana Kalbe Jawwad regarding certain Muharram rituals and allowed the community members to keep ‘taziyas’ in their homes and observe ‘azadari’ during Muharram but with certain restrictions.

Jawwad had staged a dharna on Saturday evening to protest against the restrictions imposed in view of the coronavirus pandemic. The state government decision came around midnight on Saturday.

The government, however, has sought a list of Shia clerics in every district along with their phone numbers. These clerics will meet the district civil and police officials and coordinate the Muharram activities with them.

A Secretary-rank officer has been designated to deal with complaints received during the period of Muharram.

Maulana Kalbe Jawwad, who is General Secretary of Majlis-e-Ulama-e-Hind, had accused the BJP government of going back on its promise when talks were held regarding Muharram ‘majlis’ which would follow Covid-19 protocols.

The cleric told reporters on Saturday evening that there was anger among the Shias and all those who perform ‘azadari’ (mourn the martyrdom of Imam Hussain and his companions in Karbala in 680 AD).

The issue pertains to ‘majlis’ (sermons narrating the events of Karbala), which are held at different Imambaras across the country during the ongoing Islamic month of Muharram.

However, after high-level talks with the state government, only seven Imambaras in the state capital were allowed 60 minutes of online ‘majlis’ with only five attendees.

“During the talks, we sought permission for 1,000 persons to attend each ‘majlis’ physically, with proper social distancing, because the Imambara spaces are huge. But the government brought this down to just 20 attendees. We even agreed to that, but the order sent out late Thursday night allowed just five participants at only seven Imambaras in the city,” the cleric said.

He had alleged that the government was reneging on promise regarding a ritual wherein paper-made ‘taziyas’ (replicas of Imam Hussain’s mausoleum) were not permitted to be kept at homes.IANS