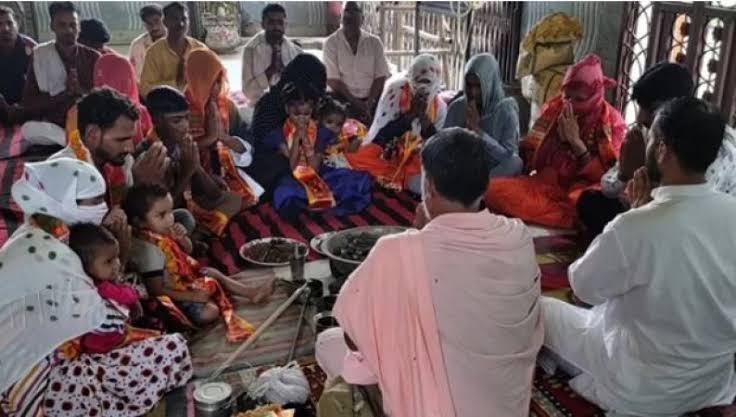 Shamli (UP):  It was a ‘Ghar Vapsi’ of sorts when as many as 18 members of a Muslim family returned to the Hindutva fold after performing necessary rituals in Kandhla area of Shamli district of Uttar Pradesh.

The family had announced its decision to convert back to Hinduism a few days back but the rituals were held on Monday.

The family, headed by Umar, a resident of Rai Jadgan colony in Kandhla, returned to its parent religion along with his wife, three sons, daughters- in-law and their children.

Rashid, son of Umar, said that his father had converted to Islam 12 years ago and now their whole family has returned to its roots.

Rashid told reporters that he was too young to understand when his parents converted to Islam but added that he no longer wanted to practise Islam.

The family that came back to its original religion submitted in writing that they are changing their religion wilfully and are not under any pressure.

The family has also submitted an affidavit at the Shamli tehsil in this regard last week.-IANS