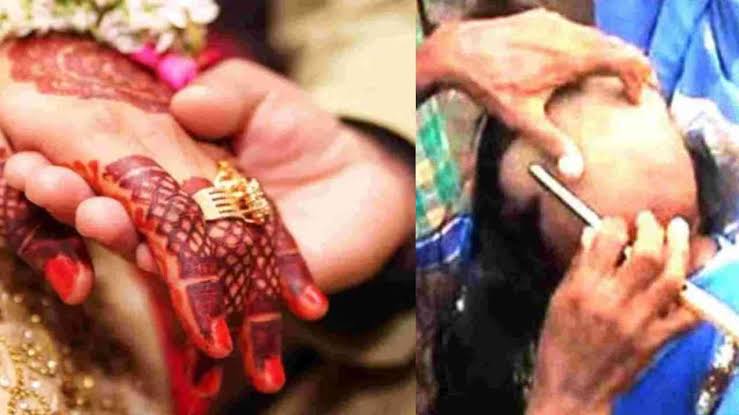 Three relatives of a 20-year-old Muslim woman have been arrested in Barabanki district after they allegedly assaulted her and shaved her head for marrying a Dalit man.

The incident took place last week and the police booked eight family members, including three women, on the victim’s complaint. Three of them were arrested on Tuesday night.

“As per my wishes, I got married to a youth from my village at a temple. On Monday, my uncles called me home and with other family members beat me up with shoes, slippers and sticks. Initially, they chopped my hair and then shaved my entire head. They also confined me at their home and threatened to kill me,” the victim said in her complaint.

The woman mentioned that her parents are dead and that she has no siblings.

According to her, she had married a 22-year-old Dalit man from the same village on June 19.

“The woman’s two uncles and a cousin have been arrested. The other five accused are absconding. We are conducting searches for the other accused,” he said.

He added that the couple were at their own house now and had been provided security.

The Epidemic Disease Act and Criminal Law (Amendment) Act have also been invoked against the accused.

Barabanki District Magistrate Adarsh Singh said the administration was reviewing if the couple are eligible for any compensation.

“If they are eligible as per the state government and Centre’s rules, we will offer them compensation,” said the district magistrate.-IANS