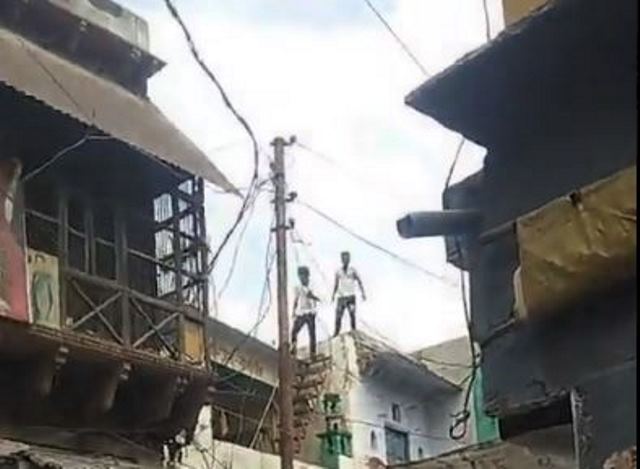 New Delhi: Police arrested nine persons days after they allegedly barged into a mosque, chanted Jai Shri Ram, scuffled with a cleric and took away wires of the loudspeaker installed there.

The incident had taken place on Monday in Uttar Pradesh’s Mathura district. Govardhan police station incharge Inspector Pradeep Chaudhary have confirmed the arrest of the accused.

According to police, the accused climbed straight to the roof of the mosque and took away wires of the loudspeaker. They had a scuffle with Maulvi Mohammad Riaz when he opposed their act.

The police said the youths allegedly threatened him before going upstairs for removing the wires of the loudspeakers. They also damaged some of the equipment. The youths were part of the same group that had allegedly recited the “Hanuman Chalisa” in Govardhan’s Eidgah in November last year, police said.

On the complaint of Imam Mohammad Iliyas, police have lodged a case under Section 295 (A) of the IPC.