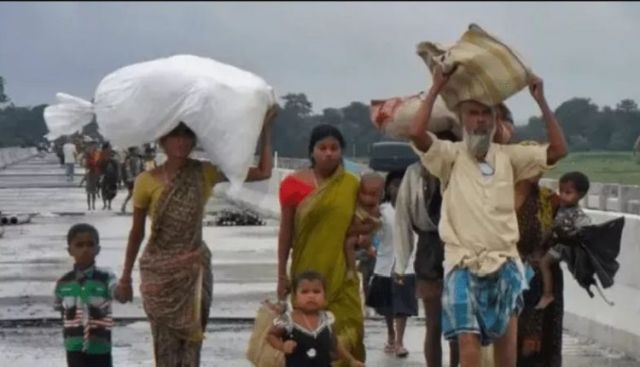 New Delhi : The Congress on Saturday alleged that BJP President Amit Shah lied on the deportation of foreigners and demanded his apology, claiming that the UPA government had deported 82,728 Bangladeshi foreigners during 2005-2013, while the count was only 1,822 in the last four years of the Narendra Modi government and also noted that NRC was a Congress’ baby.

On deportation, Congress spokesperson Randeep Singh Surjewala recalled three replies given by the Home Ministry in Rajya Sabha on three different occasions in 2008, 2016 and 2018.

Surjewala also accused Amit Shah and Modi government of duplicity, deception and double-speak and said that “NRC is the baby of the Congress party”.

“Amit Shah should now apologise to the nation for manufacturing lies and misleading the country purely for political vote garnering in a sinister fashion,” said Surjewala.

“NRC process will fail once citizenship is given to everyone as per the Citizenship Amendment Bill,” he added.