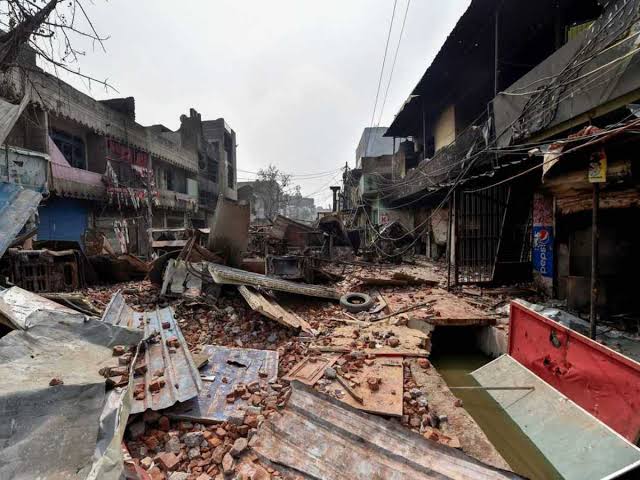 New Delhi, March 11: A fact-finding report by a group of intellectuals has claimed that the northeast Delhi violence was a “planned conspiracy” and demanded an NIA inquiry.

The report also recommended rehabilitation for all victims and urged the central government to initiate confidence-building measures.

The report ”Delhi Riots 2020 — Report from Ground Zero” by Group of Intellectuals and Academicians (GIA) said that there was evidence of an Urban Naxal-Jihadi network that planned and executed the riots.

“The Delhi Riots, 2020 were pre-planned. There are pieces of evidence of a ”Left-Jihadi model of revolution” that has been executed in Delhi and is sought to be replicated at other places… the Delhi riots are not genocide or a pogrom targeted at any community. They are a tragic outcome of a planned and systematic radicalization of minorities by far left-Urban Naxal network operating in universities in Delhi,” the report said.

It added that both communities have suffered greatly as a consequence.

“The presence of Jihadi organisations like Popular Front of India (PFI) at dharna sites has been observed,” the report said.

The GIA, founded in 2015, is a group of professional women and entrepreneurs, media persons, and academics committed to social justice and nation-building.

The report said the radicalisation of Muslims over a long period also led to the riots.

“Around December 15, 2019, and two weeks after that, protest sites were established in all major areas with a concentration of Muslim population.”

It said riots originated in anti-CAA protest sites and women used as shield there.

“In all dharna sites, women were kept at the forefront while men operated from behind this shield.”

The report also said that most protest sites relayed a constant stream of high-decibel sloganeering continuously for the past eight weeks leading to anxiety and fear among the area population.

The 48-page report said the Jihadi mobs were indulged in targeted killings, looting, and vandalising shops.

“On February 24, violence spread to Bhajanpura, Shiv Vihar, Gokulpuri, Brijpuri, Brahmpuri, and surrounding areas. There was widespread evidence of mobs of women and men attacking Delhi Police, important public places like petrol pumps, and high-value properties belonging to the Hindus.”

It added that the riot weapons were stockpiled over a period of time. “There is evidence of the use of high-rise buildings in the areas as sites for launching petrol bombs, Molotov cocktails; big-sized catapults capable of launching bricks have also been found.”

The report claims the violence”s links across the national borders, saying ISIS-type brutal killings points toward the same.

Also, it said in every lane, people said that the rioters were outsiders and not residents of their localities.

It also strongly recommends a forensic audit of high-rise buildings in the area.