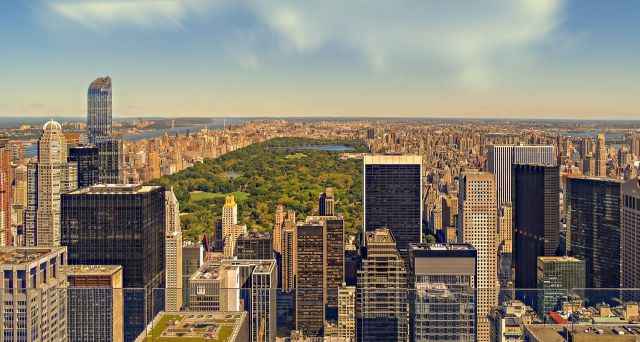 Congested roads, leading to hours of delay, is a symptom of a problem on multiple fronts. These include inadequate infrastructure planning as well as the behavioural aspect of commuters (of preferring to use private vehicles). While the second issue needs to be tackled by continuous advocacy, the first indicates a failure of the urban infrastructure planning process.

Can the application of data science and technology make the urban planning process more responsive to the changing patterns of spatial activity? Largely, yes. What the process needs is the continuous collection and analysis of appropriate urban data that can be envisaged spatially and analysed to obtain various possible types of correlation. An Urban Observatory platform that uses data from different sources to enable analysis and visualisation over a geospatial platform can make this possible.

Early references to the idea of spatial mapping as a tool for problem diagnosis and resolution can be found in London, in 1850, when a deadly epidemic broke out in the city’s Soho district; the cause was unknown and puzzling for city authorities. A physician named John Snow started mapping the outbreak of the disease with respect to the location of water pumps and cesspools. This decisively proved that the cause of the epidemic was adulterated water from a contaminated public well.

This map helped trigger an effective policy response and prevented thousands of deaths. It also highlighted the role of spatial analysis in solving complex challenges and shaping public policies. That is precisely how Urban Observatories can support an urban manager in tackling pressing challenges.

The use of innovative data science technologies to address policy problems has generated significant interest in setting up Urban Observatories. For example, the shift from personalised or public transport can be assessed from cab aggregator data available with agencies like Ola and Uber. Different parts of a city are colour coded based on their accessibility index, which is derived from trip data gathered over time. It indicates areas with a higher accessibility index (which are less served by public transport). It also provides a snapshot of origin-destination (OD) patterns for a particular share of the population.

OD data constitutes the most important dataset for urban transport planning. Elaborate surveys are occasionally conducted to understand changes in the OD pattern of a city. Such an exercise is lengthy and incurs cost. Researchers in some countries have attempted novel efforts to derive existing and emerging activity zones from crowd-sourced data, via phone call density mapping. Nairobi has witnessed a more people-centric approach, through an app that prompts citizens to share their OD, along with routes, for every trip. Thus, planning is undertaken with representative data to achieve certain objectives. As in the Nairobi example, the data collected is streamlined to build an accurate and updated map.

When public transport ticketing data and trip data from cab aggregators are super-imposed with geospatial locations of mobile phones, a fairly reasonable OD matrix can be developed. This helps identify emerging nodes, where more dynamic population is present. Such type of easily accessible information is valuable for planning agencies, which can proactively plan for new infrastructure and alter strategies for the existing infrastructure. However, several issues — such as allaying privacy concerns relating to the use of socio-economic data and creating a business plan for long-term sustenance of these efforts — must be addressed to improve the programme.

The Center for Study of Science, Technology and Policy (CSTEP) is engaging with the Karnataka government to build a proof-of-concept Urban Observatory for Karnataka. With an ample number of cities in Karnataka covered under various urban flagship programmes (such as the Smart Cities Mission and AMRUT), Urban Observatories can act as the building blocks for smart urban management by collating, visualising and analysing data.

Novel initiatives like the K-GIS portal, Municipal Reform Cell Dashboard and Karnataka Geoportal platform have put Karnataka in an advantageous position to create an integrated platform. Furthermore, Karnataka is home to a large number of science and information technology companies, think tanks and knowledge-based organisations (including civil society-led open data initiatives). These establishments can work towards collating and validating appropriate datasets and contribute towards creating a robust Urban Observatory.

One of the major challenges that requires urgent attention is the institutional ownership of such a multi-domain collaborative platform. Other issues include the lack of standardisation in data collection, processing and compilation; lack of transparency and lack of convergence. A carefully crafted data-sharing policy is a prerequisite for the sustenance of an Urban Observatory. Moreover, to generate policy response for immediate local concerns, reliable baselines must be created with comprehensive indicators. Once successfully established, Urban Observatories have the potential to take Indian cities a step closer to becoming more resilient, sustainable and inclusive.

(Noelene Marisa Yesudas is a Research Consultant and Shrimoyee Bhattacharya a Senior Research Scientist are with the Center for Study of Science, Technology and Policy (CSTEP), an Indian technology-policy think tank. They can be contacted at noelene@cstep.in & shrimoyee@cstep.in )